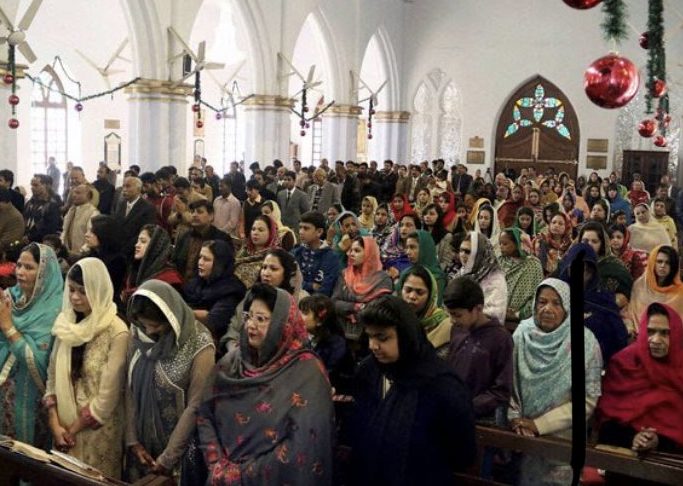 PESHAWAR: Like other parts of the country, Christians are all set to celebrate Christmas across Khyber Pakhtunkhwa, today.

KP Inspector General of Police have already visited Saint John cathedral church Peshawar cantonment for assessing the security measures while directing police to remain vigilant for peaceful observance of the Christmas across the province. Police force have been deputed to guard the entry routs of different churches in the city.

The entry routs have been cleared through scanners and sniffer dogs besides walk through gates have been installed to identify any suspected persons entering to the worship places on the eve of Christmas day.

He said that main function would be held in Saint Jan Cathedral Church where their religious rituals would be continue from 10:30 till 1:30 Pm. He  hoped that Christmas celebrations would be held peacefully like precious year both in city and cantonment areas.

He said that peace has been restored in Khyber Pakhtunkhwa and there are no threats of terrorism to churches in Pakistan due to cooperation of police and army.

It is to mentioned here that September 2013, twin suicide blasts had claimed lives of 80 innocent persons after that security of all churches in Peshawar have been highly alerted not only during Sunday services but also for Christian celebration.