PESHAWAR: The number of mosques in Germany is increasing with increase in Muslim population.

In Hagen city, Muslims have purchased a property, which previously housed a church, and build a mosque over it. The Muslims paid an amount of 385,000 for purchasing the church property. The amount has been paid by leading businessmen from Karachi, the economic hub of Pakistan.

After conversion of church into mosque, it has been named ‘Masjid Faiz-e-Iman’. A special opening ceremony of the mosque in the German city was held on Sunday which was attended by Haji Abdul Habib Attari, Syed Ibrahim Bapu, Salman Rafique and other businessmen. The inauguration ceremony was held after Zuhr prayer. Besides local Muslims, a 15-member delegation of businessmen from Pakistan and the faithful from Norway, Denmark, Austria, France, Belgium, Kenya and UK participated in the simple but dignified ceremony.

After the Zuhr prayer, a special prayer was held for the unity of Muslim Umma and for the Muslims of Kashmir and Palestine.

Salman Rafique, head of the Pakistani delegation, said on the occasion that conversion of the church into a mosque is a great event for the Muslims. He said prayers were held in the mosque for the whole Muslim Umma. He specially thanked Ameer Ahle Sunnat Hazrat Maulana Ilyas Qadri who provided guidance for this noble cause regularly. 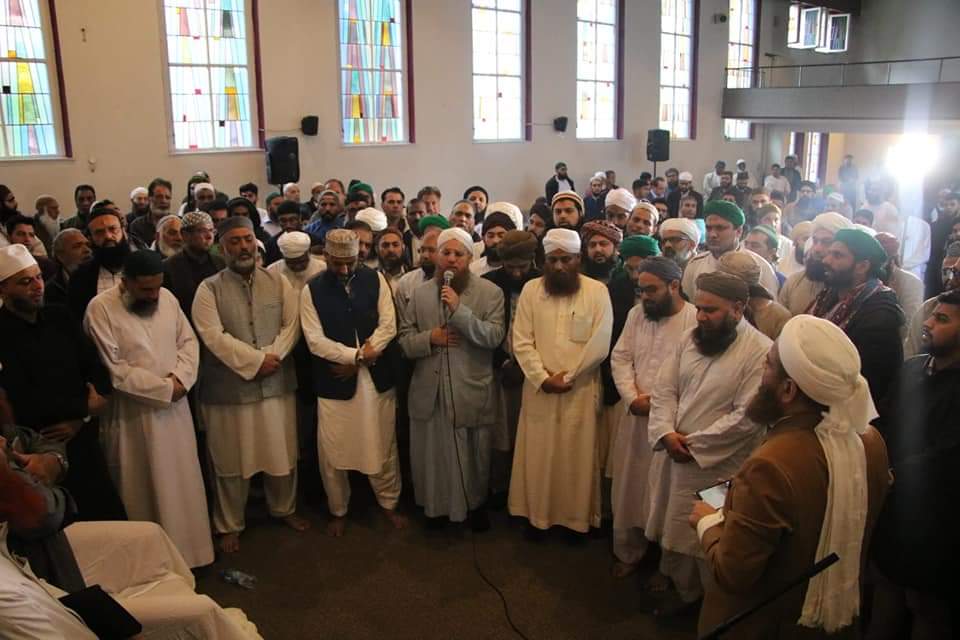 Participants of the ceremony said Islam is spreading fast in the whole world. They said building of a mosque is Sadqa-e-Jaria (continuous virtue) which benefits the faithful and also their families and brings blessings for them. They said Islam teaches peace and brotherhood. They said Islam will spread further in Germany and rest of the world and more mosques will also be built in coming times. They said they are very happy to attend the inauguration ceremony of the mosque.