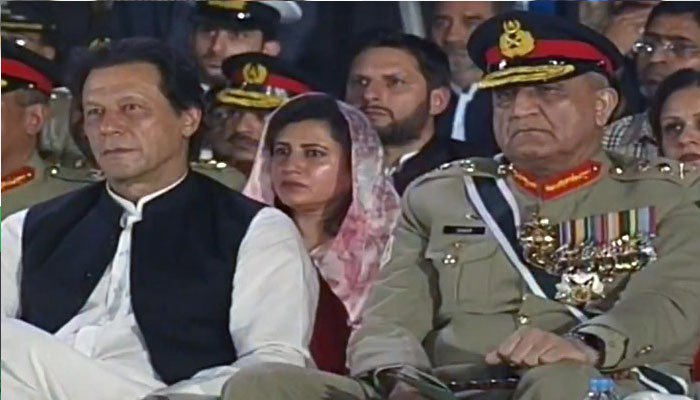 PESHAWAR: Prime Minister Imran Khan has said the civil and military leadership are on one page and Pakistan will not be part of anyone else’s war.

Addressing the main ceremony of Defence and Martyrs Day at the GHQ in Rawalpindi on Thursday night, the prime minister said the government will bring meritocracy and transparency in all sectors by following the golden principles of state of Madina.

Families of martyrs, members of the federal cabinet, heads of political parties, lawmakers and celebrities were also among the attendees at the ceremony. The Pakistani nation celebrated the day to pay tribute to its martyrs on the 53rd anniversary of the 1965 war.

The prime minister said Pakistan is endowed with immense resources and we are rich with minerals, diverse topography and four seasons and the only need is working honestly to realise the goal of making the country great. He said our army is the only functioning institution in the country, for the simple reason that there is no political interference and all things are run on merit.

Appreciating the role of security forces and intelligence agencies in making the country safer against all threats, the prime minister said the way our forces fought against the scourge of terrorism is unparalleled.

Chief of Army Staff (COAS) General Qamar Javed Bajwa said in his address that the armed forces will continue their efforts to take Pakistan a cradle of peace. 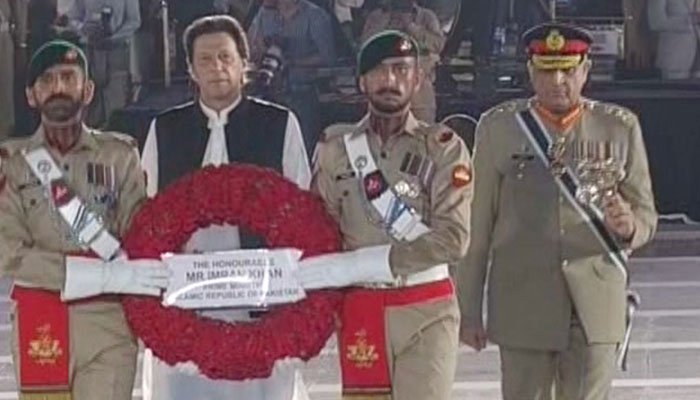 “We strengthened our defence in conventional war, but now a wave of unconventional warfare like terrorism has changed the battlefield. Foes of Pakistan had imposed terrorism on us, but we very successfully and valiantly fought this menace,” he said.

He said our houses, schools, worship places and leaders were attacked in order to weaken us. He said over 70,000 Pakistanis were either martyred or injured in the war on terror. He thanked the people of Karachi, tribal districts and Balochistan for their cooperation in fighting militancy.

He said lively nations never forget their martyrs and our soldiers sacrificed their today for us and their blood will not go in vain. He, however, said the war is still continuing and we will have to ensure enduring peace, besides working for the development and progress of the country.

The army chief said continuity of democracy is imperative for country’s development and presence of leadership of various political parties in the ceremony was a testimony that democracy has taken roots in Pakistan. He said the entire nation is more determined and united than ever.