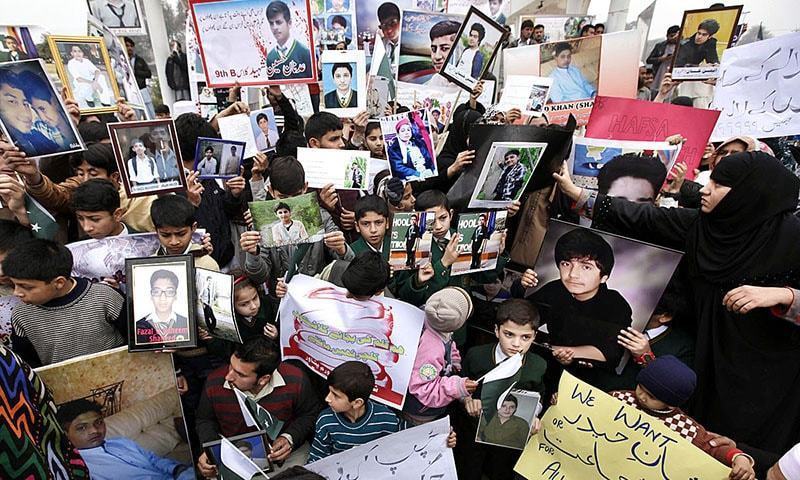 PESHAWAR: Chief Justice of Pakistan Justice Mian Saqib Nisar on Wednesday ordered formation of a judicial commission to investigate the 2014 terrorist attack on the Army Public School Peshawar in which 150 people, mostly students and teachers, were martyred.

Taking notice of the grievances of parents who lost their children in the massacre, Justice Saqib Nisar directed Chief Justice Peshawar High Court (PHC) Yahya Afridi to form the judicial commission which should submit its report within two months. The CJP passed the order while hearing a suo motu case in the Supreme Court’s Peshawar Registry on the PHC’s decision in February this year to dispose of a writ petition seeking the formation of a judicial commission to probe the APS attack.

The commission will include a three-member bench of the Peshawar High Court judges. The APS attack is considered the deadliest ever militant assault in Pakistan.

Meanwhile, the chief justice ordered the Khyber Pakhtunkhwa Police to remove all unnecessary security check posts from Peshawar within 24 hours.

The chief justice also visited Peshawar Jail and expressed disappointment over poor facilities. He issued directions to Chief Minister Pervaiz Khattak to take steps to improve the situation. Justice Saqib Nisar also visited the Psychiatric Hospital in Peshawar Jail and expressed anger over poor facilities for patients. He said the inmates should be treated as human beings. He was also unhappy over poorly maintained kitchen and bathrooms.