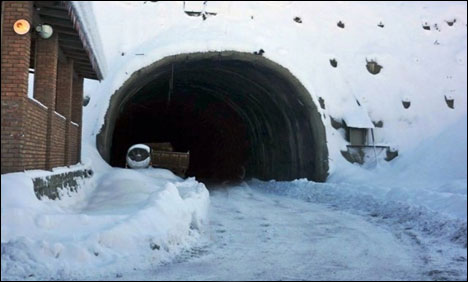 ISLAMABAD: Chief Justice Supreme Court of Pakistan has taken notice of the intermittent closure of Lowari Tunnel that causes traffic jam and forcing people to travel through dangerous Lowari top or wait for hours.

Chief Justice Mian Saqib Nisar has issued notices to authorities concerned to explain the intermittent closure. The notice was taken on a petition filed by a resident of Chitral, the district of Khyber Pakhtunkhwa close to which Lowari Tunnel is situated.

The tunnel is opened for only a few hours every day despite completion and formal inauguration, which is why commuters have to wait in long queues before being allowed to pass through.

The top judge issued notices to the chairperson of National Highway Authority, secretary telecommunication and chief secretary, seeking a report from them on the matter within five days.

The tunnel connects Chitral to the rest of the country, was inaugurated by Prime Minister Nawaz Sharif on July 20, 2017. Prior to the completion of the project, the district would remain cut off from rest of the country for six months due to heavy snow fall.