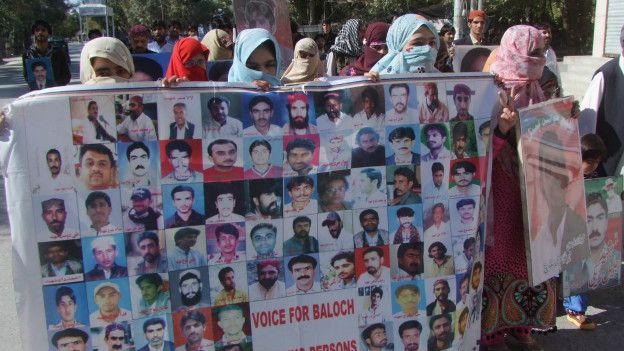 PESHAWAR, 12 October: Chief of the Commission on Enforced Disappearances Justice (Retd) Javed Iqbal has said the claim made by Mama Qadeer about missing of 25,000 people in Balochistan was not true.

Senator Farhatullah Babar said the status of the lists of missing persons was controversial. He said the situation would have been different had the Commission on Enforced Disappearances asked critical questions from concerned institutions instead of Mama Qadeer. He criticised the commission for not presenting its initial report despite six years of its creation which is a matter of grave concern.

Farhatullah Babar also proposed performance evaluation audit of the Commission on Enforced Disappearances in the light of the terms under which it was established.