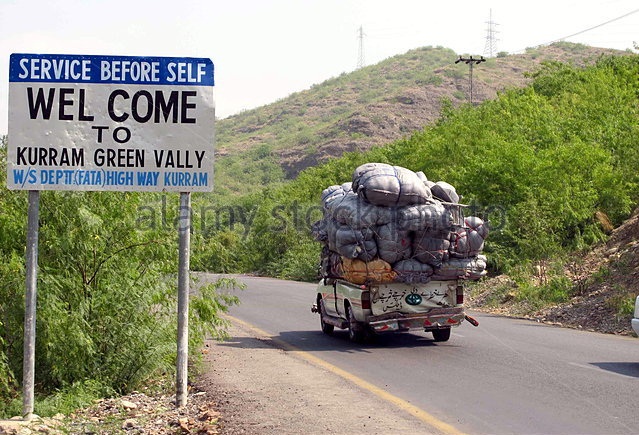 SADDA: The land dispute between local tribes in Kurram tribal district has intensified and so far five deaths and 24 injuries have been reported from both sides, according to local sources.

The local administration has shut down internet service in the whole Kurram district as part of its efforts to bring the situation under control. The clash on land dispute between Balishkhel and Para Chamkani tribes started on Sunday and it continued on Monday during which the rival tribes openly used heavy weapons against each other.

On the other hand, the Para Chamkani tribesmen claim they are the real owners of the land. They claim that they have purchased the property through a stamp paper.

The local tribal elders and parliamentarians are of the view that the land disputes in the area are unresolved since long due to lack of interest by the district administration. The said such disputes have caused several clashes resulting in loss of lives. The tribal elders have called upon the local administration to swing into action and find a permanent solution to land disputes in the area.

Bangash tribe elder Saleem Khan saidhttps://youtu.be/_YikaUPIfzc while talking to TNN that the government needs to make a committee for disputes resolution. He said the land disputes in Balishkhel, Boshehra and other areas must be resolved according to revenue record and local traditions.

Trui tribe elder Sardar Hussain told TNN that land disputes are claiming lives in Kurram. He said the administration must ensure ceasefire between the rival parties and hand over the property to genuine owners keeping in view the land record and facts on ground.

Deputy Commissioner Kurram Shah Fahad said efforts for ceasefire are continuing and internet service has also been suspended in the area. An atmosphere of fear has engulfed the entire area and transport of Thall-Parachinar Road has also been affected. People also fear outbreak of sectarian violence if the situation was not brought under control immediately as Balishkhel people are from Shia sect and Para Chamkani tribespeople are Sunnis.