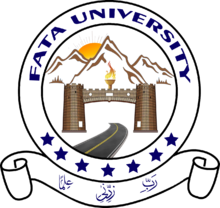 DARRA ADAM KHEL,13 July: The administration of FATA University has reiterated to start classes from  September 2016.

This was told during a briefing to the governor Khyber Pakhtunkhwa Iqbal Zafar Jhagra during his visit to the under-construction building of FATA University in Darra Adam Khel on Wednesday.

The governor was briefed that classes would be conducted in Government  Degree College for Boys till the completion of university building.

Speaking on the occasion, the governor said that FATA University would help in promotion of higher education in tribal areas to certain extent.

Iqbal Zafar Jhagra said FATA medical and engineering colleges would be set up  in the next five years.

Recently, the State Minister for Education Baligh-ur-Rehman has told the Senate, as a first step, classes would be started in 11 departments of FATA university.

Vice Chancellor of the university Dr. Tahir Shah has said that Rs. 1.2 billion has been issued for the construction works at the varsity while further funds would be released for the purpose.

Advertisements have also been given in newspapers for the recruitment of lecturers and tests against said posts have been scheduled for 19 and 20 July.