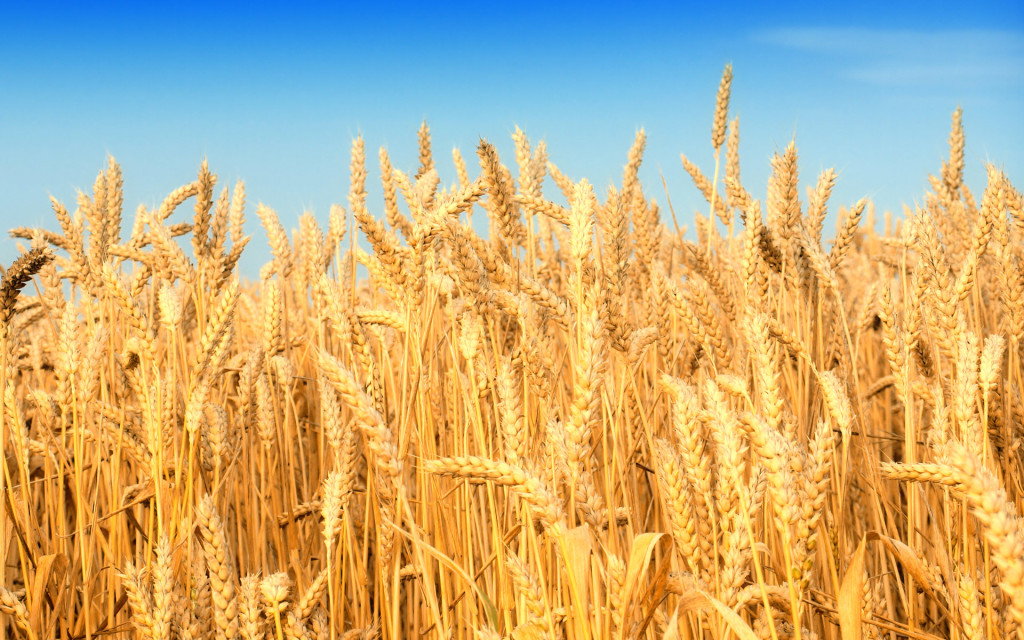 With several crops on verge of disappearance due to severe changes in climate, the provincial government of Khyber Pakhtunkhwa set aside a meager Rs9 billion for agriculture while Rs880 millions for environment in financial budget 2017-18.

Officials at the Agriculture Directorate and Environmental Protection Agency termed the allocation too low to meet the challenges being faced due rising temperature and change in pattern of seasons.

They say that unexpected heatwaves, floods, incessant deforestation and irregular urbanisation have rendered K-P extremely vulnerable to climate change. The average temperature of Khyber Pakhtunkhwa has increased alarmingly by one degree Celsius since 2005 to 2015, say officials at climate change cell of Agriculture University Peshawar.

But this rise in maximum temperature has not come overnight, rather it came slowly and gradually.Keeping in view these massive changes and vulnerability, Pakistan has been ranked the seventh most vulnerable countries to climate change by German Watch, a non-profit organization, in its report “Global Climate Risk Index 2017”.

Whether it was the droughts of 1990 or massive floods of 2010 and subsequent years, Pakistan continues to be affected by climate change that resulted in declined crop productivity in important crops.

By 2035, average temperature of K-P would rise by one more degree Celsius that would lead to disappearance of certain crops and introduction of new crops, claimed Dr Muhammad Akmal, chairman Agronomy Department, Agriculture University Peshawar while talking to Tribal News Network (TNN).
The only way out is to grow more and more trees, controlled urbanization and mass awareness, he added
The provincial government has launched Billion Tree Tsunami project to plant as many as one billion tree and have been taking measures to achieve this target. Project Director of Billion Tree Tsunami Tehmasip tolled TNN they have banned grazing, cutting and every kind of activities on 200,000 acres of forest lands to ensure natural growth of plants.
Dr Akmal, who also served as director Climate Change Unit of his university, warns that by 2030, winter rains would shift to summer if steps were not taken to contain rise in temperature.”This would lead to dry and hot winter, while summer would turn wet and relatively cool,” he said. He says there will be no spring or autumn, with massive rains in April and May.
Impacts on crops
Researchers and climate change experts, working on changing pattern of environment and its effects on crops, say that by 2030, most of crops would disappear while new ones would be introduced.
Currently, sugarcane, wheat and maize crops are the most affected while the rise in average temperature has threatened pulses. Further rise in average temperature in southern districts of K-P, where maximum pulses are planted, may have adverse effect on the crops.
Pulses’ production could not be increased from 400kg to 500kg per acre over the years, Director Agriculture Directorate Peshawar Murad Khan said while talking to TNN.
Dr Ijaz Akhtar, a senior research officer at Agriculture Research Institute Tarnab, told TNN that climate change makes these pulses vulnerable to insects and pest attacks.
Moreover, the orchards have too badly affected due to fluctuations in heat waves and short winters.The orchards require a specific chilling period that would start in October and would go till March. “Now winter starts in November or December, like last year, due to which orchards do not get its required chilling that lead the trees to bud few flowers,” he said.
Orchards in plain areas require around 300 to 400 chilling hours while those in mountainous areas like Swat, Dir and Chitral this duration is 700 to 800 hours that has reduced due to climate change. “Pattern of rain has changed as rains that we would receive in October and November now arrive in January and February,” says Dr Akmal.
He considers the excessive emission of Methane, CO2, and other gases, deforestation and concretization of our environment responsible for increase in temperature.
Earlier, he said, there used to be four seasons where duration of spring and autumn has considerably decreased from eight weeks to four weeks, with prolonged summers and short and delayed winter.
Agriculture statistics of Khyber Pakhtunkhwa, published in a report “Climate trend and its impact on Agriculture of Khyber Pakhtunkhwa” have recorded a drop of wheat output of 1565kg per hector in 2008-09 to 1520kg per hector in 2009-10.
Besides, a drop in Kharif crops like maize was also recorded from 1880kg per hactor in 2008-09 to 1780kg per hector in 2009-10.
Dr Akmal said that the impacts of climate change were visible across the province.”Around 20 years ago, farmers would not grow wheat in Chitral but due to rise in maximum temperature farmers have started sowing wheat there.
The sowing area has been increasing every year,” said Akmal. Data recorded by Agronomy Department shows massive increase in production of wheat per hector in Chitral due to rise in temperature. The data showed wheat production increased from 1800kg per hector to 2200kg per hector during the last several years. The increase in maximum temperature has led to massive deforestation as farmers cut more and more trees to clear land for wheat sowing.

Akmal says K-P is fast losing its forests as owners are clearing more and more lands for crops cultivation.Maize that is Kharif crop and most important crop after wheat and sugarcane, with low yield per acre. It planting season starts in July when monsoon rain begins and it gets maturity in September when monsoon rains start receding.
The variability in monsoon rain has direct and adverse impact on the maize as persistent rain does not allow the soil to grow the seed. Change in pattern of rain According to Agriculture Directorate, 60 percent of wheat is grown on rain-dependent land where planting seasons start from October 15.
The rain that would be expected in October and November are now received in January, February and March, forcing the farmers to miss the growing season.
Besides, the rain starts at a time (March and April) when wheat crop needs maximum temperature to ripe. Similarly, sudden increase in temperature gets the crops ripened in quick session, resulting in malnourished and less nutrient food. The fall in temperature during these months doesn’t allow its grain to mature and results in small or shrink grain.
Due to this changed pattern, farmers in southern districts of Khyber Pakhtunkhwa mostly depend on rainwater and they miss wheat sowing. “Production in Charsadda, Mardan, Swabi and other districts was badly affected,” said Murad Khan. Farmers are also worried due to rise in temperature and shortfall in rain that has affected wheat, maize and sugarcane.
“Proper amount of rain and irrigation during the months of May and June is must for proper production of sugarcane,” said Ahmad Khan, a farmer in Mardan. A few years ago, Khan claimed, he would get an average of 54 maunds per acre jaggery that now has decreased by half per acre.

Muhammad Kamran, development manager Premier Sugar Mill, Mardan, says though sugarcane production per acres has been increased from 200 to 300 maunds to 800 maunds. “But our recovery (low quality and quantity) has been affected,” he said. Dr Akmal says a proper amount of temperature, chilling affect and water is required for better yield of sugarcane which has been disturbed that affected sugarcane production.

On the other hand, Directorate General Agriculture Department faces shortage of funds and resources to cope with rising threat of climate change. The department is heavily under-staffed and records are still handled manually. Officials at the directorate say though they are utilizing their available resources but they face shortage of funds as well as workforce.

In past the government would hire separate staff for every new project. No new hiring is made and the existing staff is asked to carry different projects simultaneously

“Besides, we are lacking modern technology for seeds development other research activities and demanded fund in this annual development programme,” said a senior officer of the directorate.The senior official, requesting not to be named, said they need massive funds on research side to get such seeds that would be suitable with the changing environment and that are disease-free.

He said they need massive funds on research side to get such seeds that would be suitable with the changing environment and that are disease-free. “The Billion Tree Tsunami like projects should be launched with strict legislation to stop irregular construction on our agricultural lands and restrict CO2 and greenhouse gases emission,” Dr Akmal summed up.