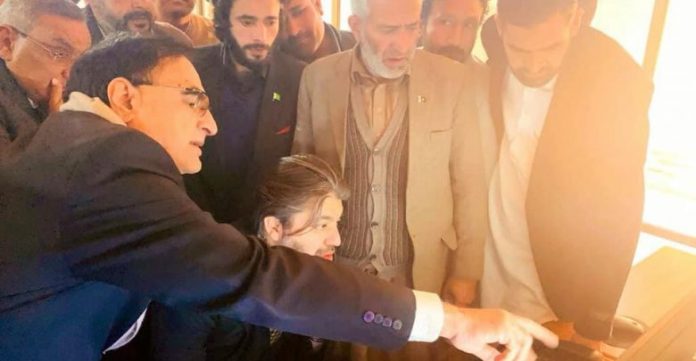 MARDAN: A radar system has been installed in Fazal Abad area of Takht Bhai tehsil in Mardan to provide timely information about climate change to the people, particularly farmers.

The radar system equipped with modern technology has been installed with a cost of Rs170 million at 10-kanal land in Mardan with the cooperation of Chinese government.

The Metrological Department officials said the radar warning system will give timely information to people of Mardan division about the dangers of flood and rain. They said the system will benefit the people, particularly the farmers, in getting timely and scientifically authentic information about climate patterns. They said damages from weather-related calamities can be minimised with timely discrimination of information and preventive measures.

The minister, who hails from Mardan, said the radar system will also benefit the farmers of nearby districts of Mardan including Charsadda, Nowshera, Peshawar and Swabi. He said the radar warning system will help farmers protect their agricultural lands from the harsh weather conditions by getting timely information. He said the Pakistan Tehreek-e-Insaf (PTI) government has worked a lot to develop agriculture sector, which is the backbone of country’s economy. He said the country will make swift development by developing the agriculture sector.

The Election Commission of Pakistan (ECP) Khyber Pakhtunkhwa has set up 6,000 display centers for registration and correction of voter lists in the whole province.

The Election Commission said in a statement that more than 10.9 million voter lists across the province will be processed in these display centers from tomorrow (Monday).

The electoral body has asked the people of KP to get information about the status of their registration as voter by sending their Computerized National Identity Card (CNIC) number in a text message to 8300 and register their votes on permanent or present address of their identity card.