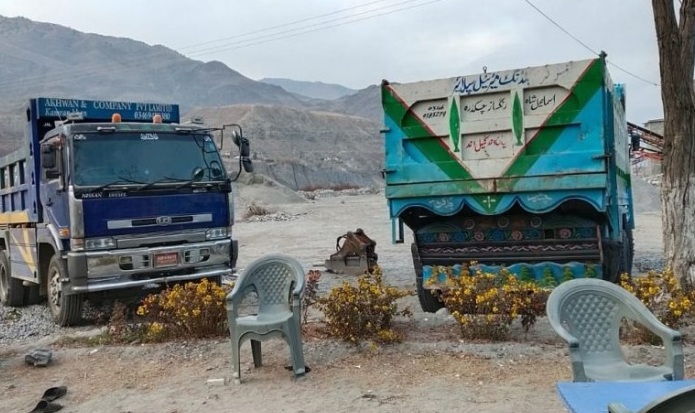 Closure of the plant has rendered large number of laborers working on it jobless, besides disrupting construction activities.

Syed Khalid Jan, a local lawyer said that stone crushing plants owners and workers were facing problems for past many years.

He said that first government created issues for these plants on the pretext of no objection certificates. Later on, environment and mines department forced them to shift their plants away from populated areas.

“Now when we have shifted these plants away from population at huge expenses, authorities are telling us to go away from riverbank,” Mr Jan said.

He said that two stone crushing plants operating in Gahiret and Syed Abad obtained the NOC after fulfilling all formalities. However, now they were not allowed to use gravel and stone from river bed.

Mr Jan said that   government was changing its regulation on day to day to basis.

He said that 20 people were employed at his crushing plant and all of them now facing an uncertain future.

“The closure is also creating hurdles for construction work in the district,” he said.

He said that at one hand, government was claiming to support construction industry. However, in reality, due to these restrictions, this industry was going downhill.

Mansoor Ali who works at one of the crushing plants as manager. He said that river bed level was rising every year as floods piled debris on it. “The crushing plants are keeping its level on required level after taking out stones and boulders,” he said.

He said that closure of plant has made him jobless.

Muhammad Ayub, a resident of Multan who works on one of the plants as laborer said that he was jobless for past one month due to plant closure.

Imran Ahmed, owner of crushing plants from Gahiret and Syed Abad said that he has invested millions of rupees in his business.

Mr Ahmed said that he was doing his business legally.  However, government departments are creating problems on daily basis, badly hurting business, he said.

Syed Noor who belongs to Arandu area said that he has taken the area on lease after depositing millions of rupees.

He said now mines department has banned use of material from river bed, which has disrupted their business.