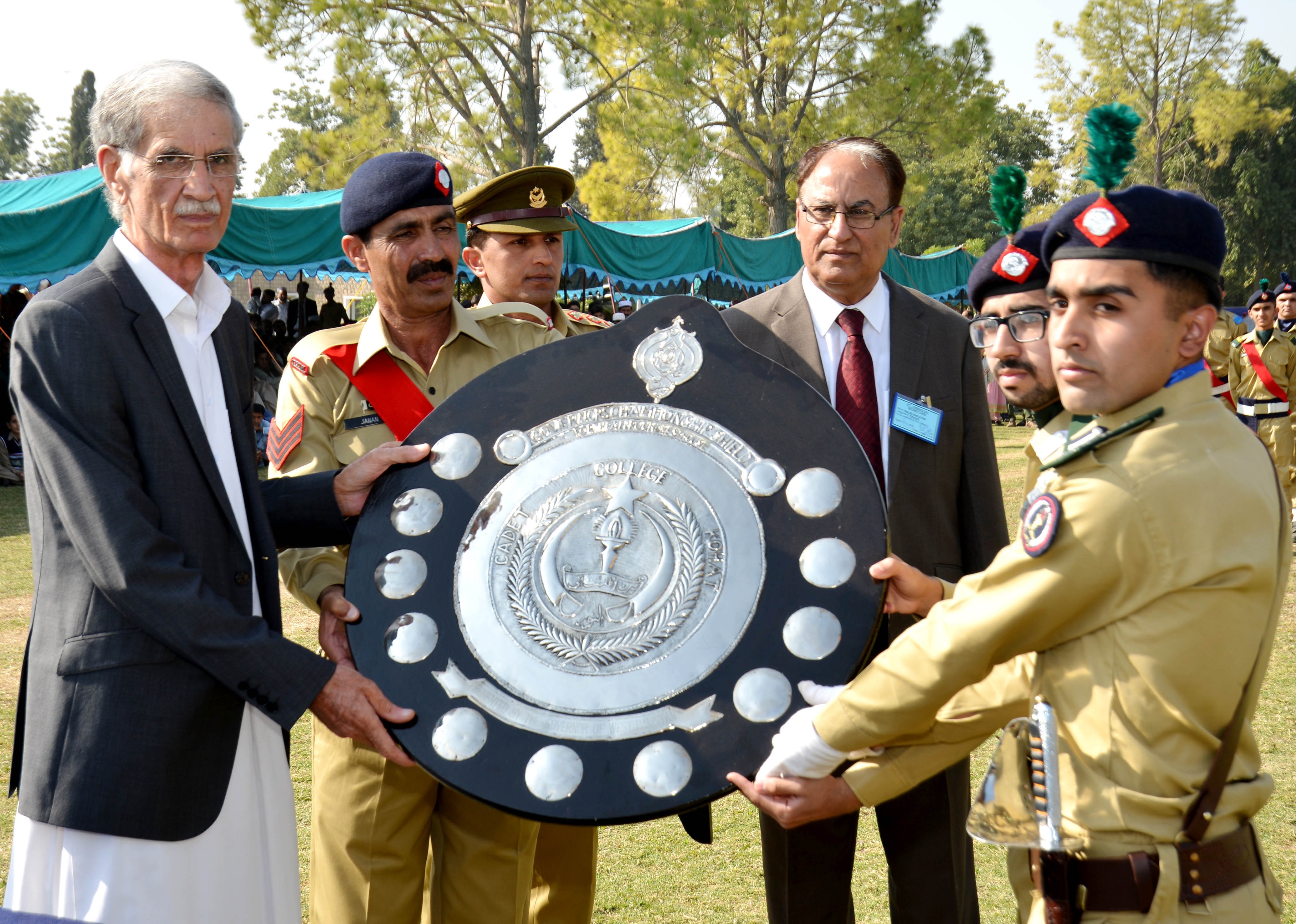 KOHAT, 17 November: The Khyber Pakhtunkhwa Chief Minister Pervez Khattak on Thursday announced construction of a hostel, provision of ambulance and a grant of Rs20 million for the Cadet College Kohat.

Speaking at the annual parents day function of college, the chief minister underlined the need of breaking the nexus of corruption, crime and terrorism to steer the country away from the quagmire of problems.

He also inaugurated the newly constructed building of the Ayub hostel on this occasion.

The chief minister said that eradication of corruption was must to make the outcomes of the successful operation of Zarb-e-Azb against terrorism.

“Had it been within my reach, I would have spent all resources on education and health because I wanted to build an educated and healthy nation capable of planning for its future,” he remarked.

The chief minister stressed the need of equipping the new generation with the knowledge of science and contemporarily skills to enable them to meet modern challenges successfully.

He lauded services of the college for provision of quality educational services to the cadets.

The KP chief minister also gave away prizes to the outstanding cadets of the college.