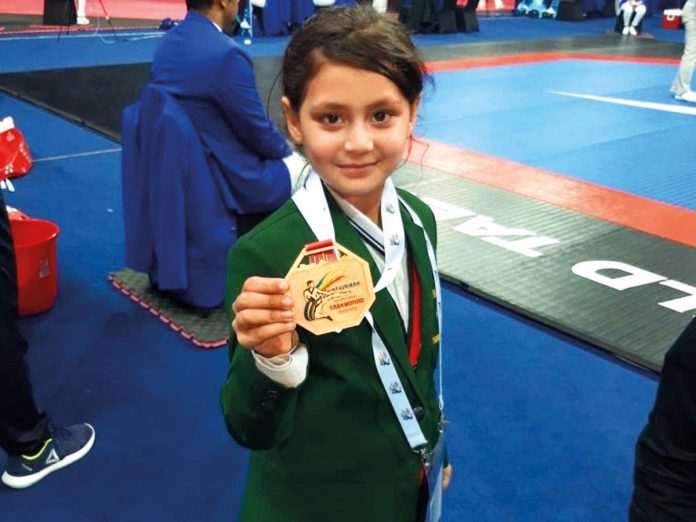 PESHAWAR: Chief Minister Khyber Pakhtunkhwa Mahmood Khan Thursday awarded cash incentives of Rs 0.2 million and announced the installation of a separate mat for the female in Mingora on the request of eight-year-old Aysha Ayaz who won a bronze medal for Pakistan in the 7th Fujairah Open Taekwondo Championship held at United Arab Emirates Sports Complex.

The Chief Minister during a meeting with Ayseha appreciated her for winning international medal for Pakistan in the age of eight-year.

It is worth mentioning here that Pakistan claimed two gold medals, one silver medal and two bronze medals with Ayseha Ayaz, hailing from Swat, grabbed the bronze medal in the individual category.

He said the government is fully focused on the promotion of sports for both male and female and has planned to develop separate sports facilities across the province including recently merged tribal districts for female. The Chief Minister also announced a separate mat for the female in Swat.