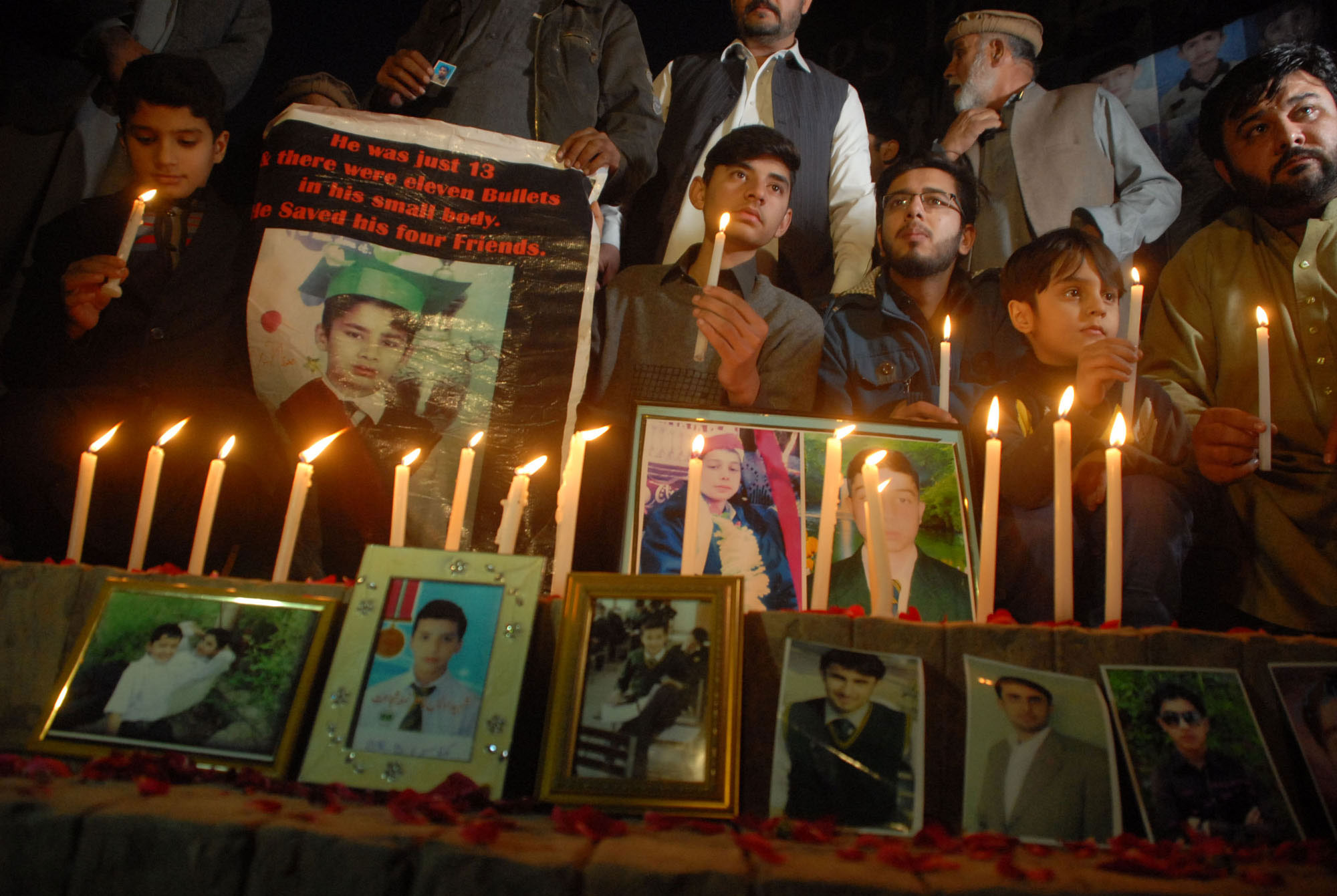 The chief minister was presiding over the meeting at the Chief Minister’s Secretariat in Peshawar, said an official handout. He gave a patient hearing to the parents of martyrs of the attack on the Army Public School.

The meeting discussed in detail the reservations of the victims of APS incident regarding discrimination in the compensation package and reviewed different aspects of the issue in the backdrop of the verdict of Supreme Court of Pakistan.

More than 150 people, mostly students, were martyred in terrorist attack on the APS Peshawar on 16 December, 2014. The attack is considered worst in the country’s history.