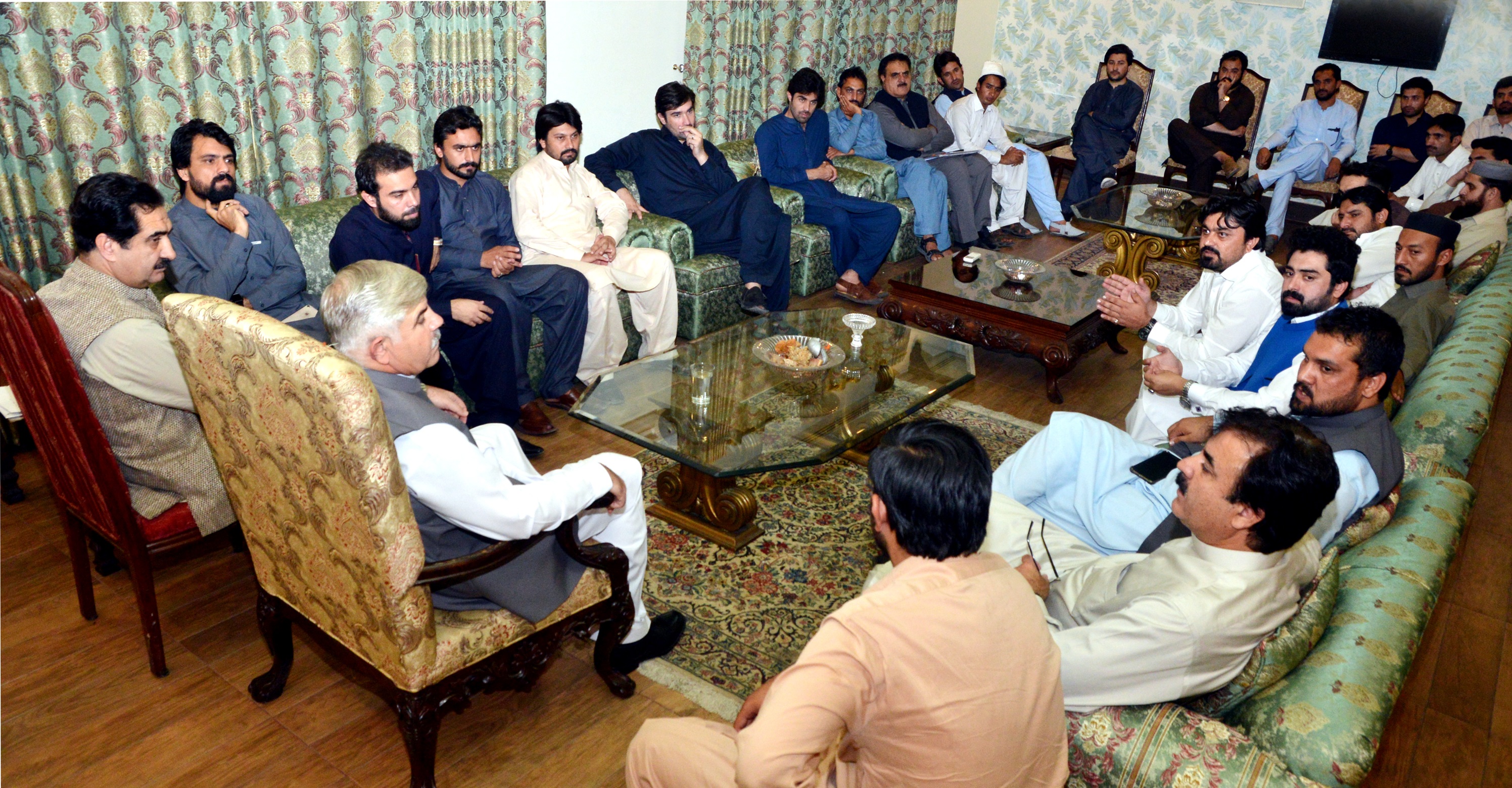 PESHAWAR: Khyber Pakhtunkhwa Chief Minister Mehmood Khan has formed a parliamentary inquiry committee to probe the incident of torture on the protesting students of the University of Peshawar (UoP).

The chief minister issued the orders for the formation of the committee during a meeting with a delegation of the UoP students at the Chief Minister House in Peshawar on Friday. The chief minister’s spokesman Shaukat Yousafzai and secretaries of Higher Education and Information departments were also present on the occasion. The parliamentary probe committee will comprise members from the government and opposition benches.

The students’ delegation informed the chief minister about the incident in the university two days ago. The chief minister expressed concern over torture on students and asked the Higher Education Department to form a committee which would present recommendations to the parliamentary committee.

The parliamentary committee will probe the incident from different angles and present its report within two weeks. Action against the responsible people will be taken in the light of the committee’s report.

The students protesting against fee hike were subjected to baton charge by police in the University of Peshawar on Thursday. Six students were injured in the baton charge, while 28 others were arrested. The arrested students were later released after negotiations between a delegation of the students and the university administration.