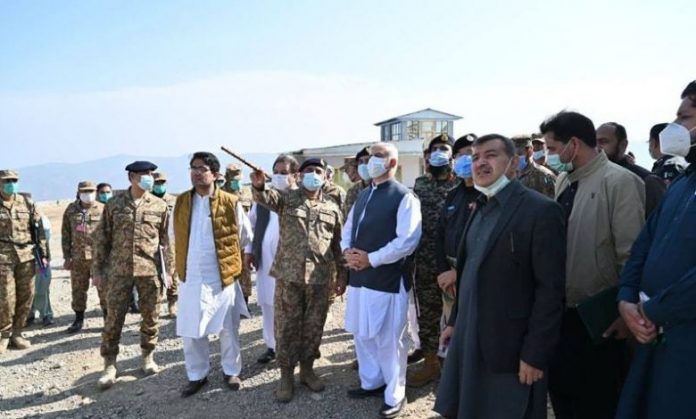 Addressing a Jirga of tribal elders on the occasion, Mahmood Khan said only the KP government has fulfilled its commitment of providing 3 percent share of the National Finance Commission (NFC) to merged tribal districts, and other provinces are yet to do it. He said the KP government was committed for quick development of tribal districts. He said border markets and economic zones are being set up in merged districts to provide job opportunities to the local people.

Mahmood Khan said the work on various projects in education and health sectors was in progress. He said small dams would be constructed to develop the agriculture sector in merged areas. He said all the issues being faced by the tribal people would be resolved.

The chief minister said the issues of providing Rs100 billion development package every year for merged districts came under discussion in the recent meeting of the Council of Common Interests (CCI).

Dera Ismail Khan deputy commissioner, who was also present, was asked by the chief minister to present a detailed report on the issues of South Waziristan.

The tribal elders appreciated the KP government and Pakistan Army for paying special focus to the development of merged districts. They vowed to fully support the government in maintaining peaceful environment in the area.

The chief minister also inaugurated the newly-constructed building of Tirah Educational Complex, which has the capacity of providing accommodation to 130 students and 30 teaching staff. Provincial minister Anwar Zeb, Kamran Bangash, and elected representatives from tribal districts also accompanied the chief minister during his visit.