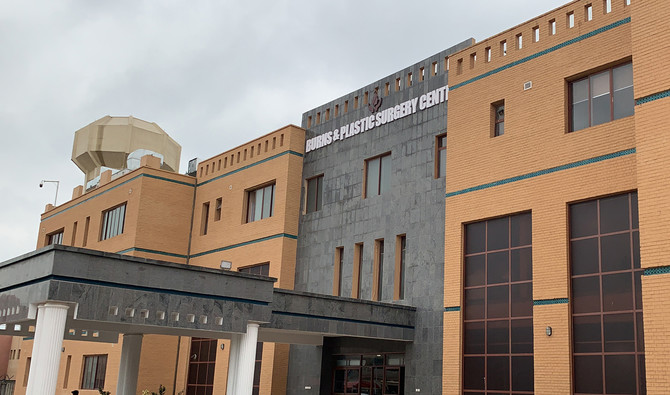 Situated in Hayatabad, the state of the art 120 beds hospital, where 50 beds are reserved for burns patients and the remaining for patients requiring plastic surgery and reconstructive services. The centre has eight operation theatres. Separate beds have also been reserved for women and child patients. Some 300 nurses have been hired for the hospital by the provincial government.

Chief Minister while addressing the inauguration ceremony said that there was a lot of criticism that the province has no such facility which was finally fulfilled by the Pakistan Tehrik-e-Insaf government. The Chief Minister added that the hospital will not only treat patients from KP but will also provide much-needed medication to patients coming to the country from Afghanistan.

Khyber Pakhtunkhwa and its adjoining tribal areas remained the worst victims of terrorism since 2001 and hundreds of people suffered losses in bomb explosions, suicide attacks and airstrikes, including drone strikes. Majority of the people suffered burn injuries in these incidents of violence and lost their lives due to lack of proper burns and trauma centre in the province.

In the province, there was one specialised plastic surgery department at the Hayatabad Medical Complex (HMC), but it remained overburdened and patients were made to wait for more than two years for their surgical procedures.

It was in 2011 when work was launched on the Burns and Trauma Centre with funds to be provided by the federal government and the Workers Welfare Board (WWB). Payment was made for some time but construction work had to be stopped in 2013 when the government and WWB stopped further funding to the project.