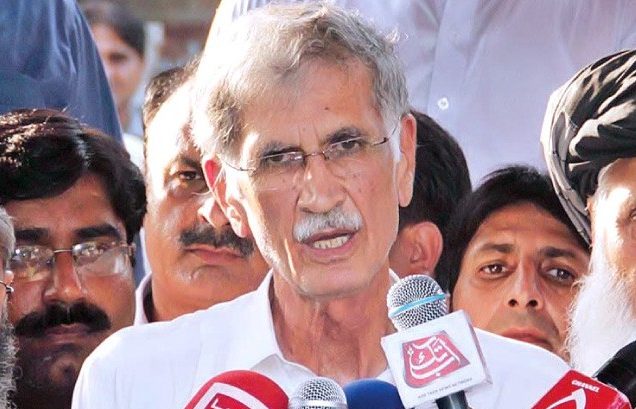 As per details, Chief Minister today visited the additional district and session court in Tangi area of Charsada and expressed deep grip over the loss of people in the terrorist’s attack.

On the occasion, Pervez Khattak praised the police for foiling the terrorists bid to enter the court and announced Rs 5 million as prize for them. He said that Rs 3 lakh would be given to the family of each of those killed in the incident and Rs 1 lakh for those injured in the attack.

Meanwhile, Charsadda police carried out search and strike operation and arrested four suspects. The police said that they believe that arrested men were facilitators of the attack at Tangi’s court.