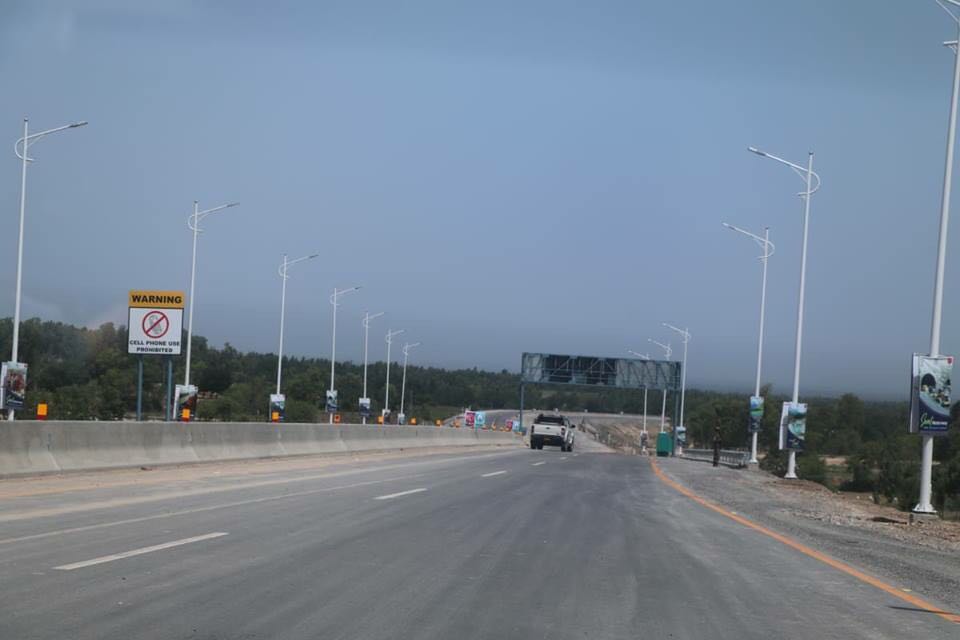 PESHAWAR: Chief Minister Pervez Khattak opened a portion of Swat Expressway for traffic today as completion of the project is expected after the general elections.

For Pakistan Tehreek-e-Insaf (PTI) government the Swat Expressway is an iconic project and and the party wanted it to inaugurate the road before general elections. The 50-kilometre portion of the Swat Expressway from Karnal Sher Khan Interchange to Katlang was only inaugurated rather than the complete road.

Since the government is going to complete its tenure on May 28, Chief Minister Pervez Khattak is in a hurry to inaugurate even the incomplete project. He was scheduled to partially open the Bus Rapid Transit (BRT) project on Sunday, but couldn’t do so.

Though opening of the expressway at this movement would serve no purpose as the main beneficiaries, the people of Malakand division cannot use it until completion of the remaining portion up to Chakdara. Once completed, it would make travel to Swat, Chitral, Mardan, and Northern areas easy and fast.