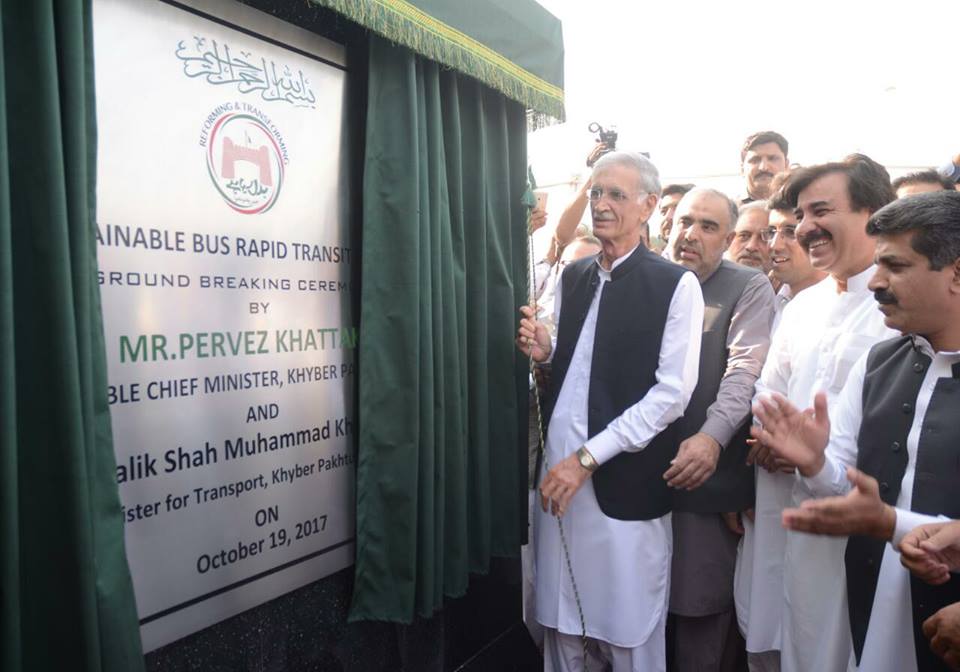 Addressing the participants, the CM said that Peshawar was neglected by every successive government and his PTI-led provincial government would eliminate this sense of deprivation.

He said that four parking plazas would also be constructed under the project to facilitate commuters to park their vehicles.

He said that the project would earn the cost that would be spent on it, adding that financial assistance of Asian Development Bank has been availed.

The CM maintained that Rs7.78 billion would be spent on purchase of 300 air-conditioned buses to ferry around 500,000 passengers daily. He said that the project would be completed within six months and would cost Rs49 billion.

Meanwhile, transporters community observed wheel-jam strike against the inauguration of the project. The transporters said that project would deprive them of their livelihood.

President of transporters association Almas Khan Khalil said that the project would destroy their businesses.