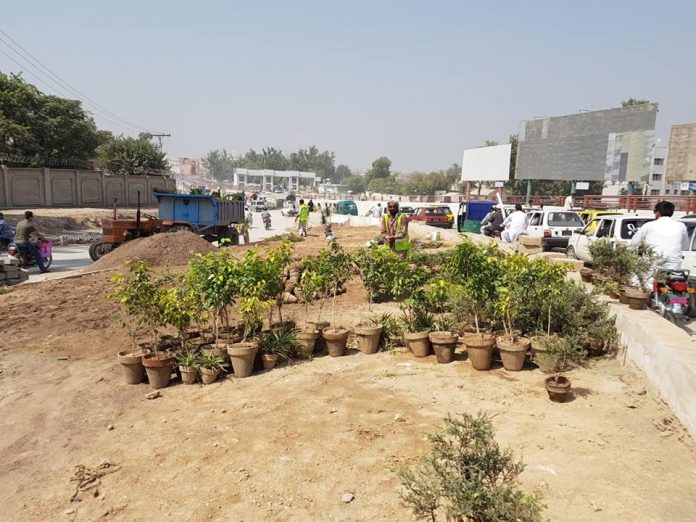 PESHAWAR: The Khyber Pakhtunkhwa government is taking concrete steps to once again make Peshawar a city of gardens and flowers and restore its past glory.

“We under the leadership of Chief Minister Mahmood Khan are working hard to beautify the city and serve the masses who otherwise remained victims of terrorism and deprivations in the recent past,” Special Assistant to KP CM for Information and Higher Education Kamran Khan Bangash said while talking to the people of his constituency PK-77 in Peshawar. The special assistant visited his constituency to monitor progress on ongoing development schemes.

Kamran Bangash said that all the elected representatives of the provincial capital were working round the clock to mitigate grievances of the people and execution of development and welfare schemes on timely basis. He said that in the last two terms of PTI government, apart from development schemes in all sectors including education, health, sanitation, water supply and environment, a number of mega projects have also been completed being dreamt by the people of Peshawar in the past. These projects included Peshawar Zoo, Bus Rapid Transit (BRT), Bab-e-Peshawar, Northern Bypass, extension of Ring Road to Warsak Road, Service Road on both sides, parks, beautification and tree plantation schemes. He said benefits of these schemes are reaching the people. He said all these schemes brought about pleasant changes in the socio-economic uplift of the people as well as the climate and attraction of the city is constantly increasing.

Kamran Bangash further said the KP government under the leadership of CM Mahmood Khan would continue its efforts for the comprehensive and uniform development of the province including Peshawar.

Kamran Khan Bangash visited Afridi Garhi, Faisal Town, Amin Colony, Hussainiya Colony and other city outskirts and issued directives to concerned authorities on the spot about the timely and quality completion of the development schemes including construction and repair of various scheme of water supply, streets pavement, roads and street lights.