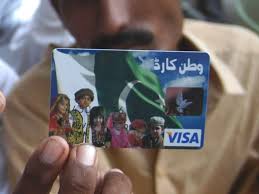 ORAKZAI: People of Orakzai Tribal District can now use their Computerised National Identity Cards (CNICs) for identification instead of Watan cards which were issued earlier as identification documents for payment of compensation to Temporarily Displaced Persons (TDPs).

“The Watan cards are no more required to enter the Orakzai Tribal district,” said the sector Commander South-West brigadier Shehzad Akram while talking to tribal elders on Wednesday. Brigadier Shehzad Akram said the people from the district or from other parts of the country; they can now enter the district without the possession of water card and on the check posts, if require only the National Identity Cards will be checked.

Sector Commander said that a complete peace will be restored soon across the country. The asked the tribal elders to believe in their security institutions and have positive mindset to steer out the country towards a durable peace. The army official said the all the security forces and tribal people have offered high sacrifices for peace in the country which will never be forget by the people of the country.

It was first decided in May 2018 to abolish the use of Water Cards in tribal districts where the CNIC was not a valid document to enter areas like North Waziristan, Mehsud area of South Waziristan, and de-notified parts of Khyber, Orakzai and Kurram agencies.

The local people had to show a Watan Card at security check-posts otherwise they were not allowed to travel to their native areas.

In response to the food crisis in 2010, the government of Pakistan in collaboration with the provincial governments launched the Citizens` Damage Compensation Programme to support affected households with cash in their recovery efforts in all tribal districts under the Watan Card scheme to support the flood-affected families, and provide some relief to the affected people.