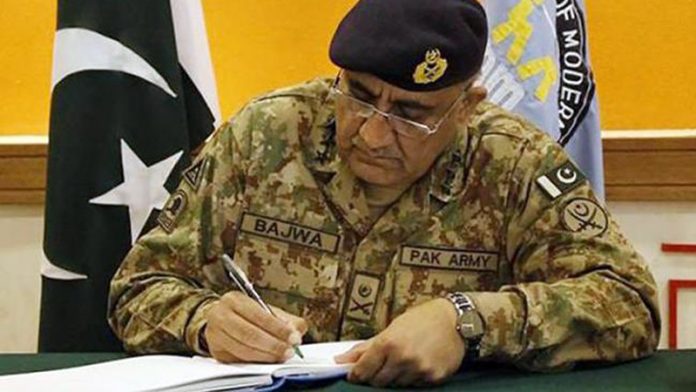 According to the Inter-Service Public Relations (ISPR), the terrorists whose capital punishments have been confirmed were involved in attacks on the armed forces, law enforcement agencies, civilians and other heinous crimes. Their terrorist activities resulted into death of 176 persons, including 19 armed forces personnel 41 police and levies officials and 116 civilians, and injuring 217 others.

The convicted militants were tried by special military courts, which also awarded prison sentences to 15 other convicts and acquitted two others.

The COAS on 21 December had also confirmed death sentence awarded to 14 hardcore terrorists involved in heinous acts of terrorism.

The swift trial military courts were established in Pakistan in 2015 through a constitutional amendment with a ‘sunset clause’ for a period of two years after a heinous terrorist attack on the Army Public School (APS) Peshawar on 16 December, 2014, in which 149 people, mostly students were martyred. The term of the military courts was extended in January 2016 for another two years and this extension is also going to end on 6 January, 2019. Now the PTI government is planning to further extend the term of the military courts, but it faces an uphill task due to its tense ties with the opposition in the Parliament.