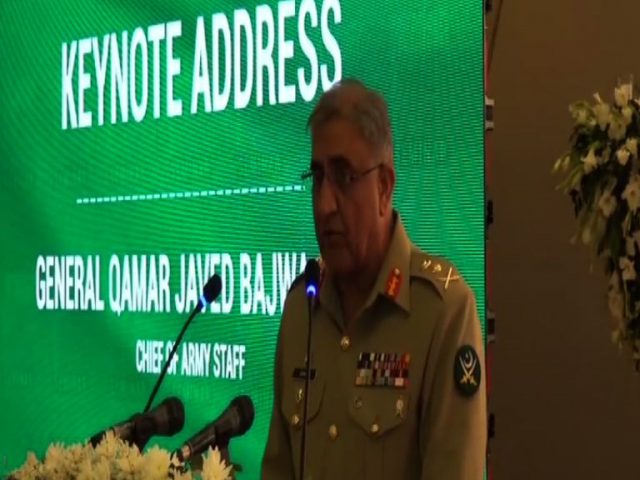 Addressing a seminar titled ‘Interplay of Economy and Security’ in Karachi, the COAS said the country has made development, but debt has also gone sky high. He said infrastructure and energy had improved considerably, but the current account balance was not in Pakistan’s favour. The army chief urged the government to pay special emphasis on economic development and sustainability. He said even the former Soviet Union broke down due to weak economic base despite having military strength.

General Bajwa said economy touched almost all aspects of human life. He said it would not be wrong to say that economy was reflection of quality of our life.

General Bajwa said Pakistan was facing a lot of problems right from its inception, while its enemies also want to make it a failed state. He said the China Pakistan Economic Corridor (CPEC) is future of Pakistan and no compromise will be made over it. He said Pakistan wants peace with neighbours and an end to environment of distrust.