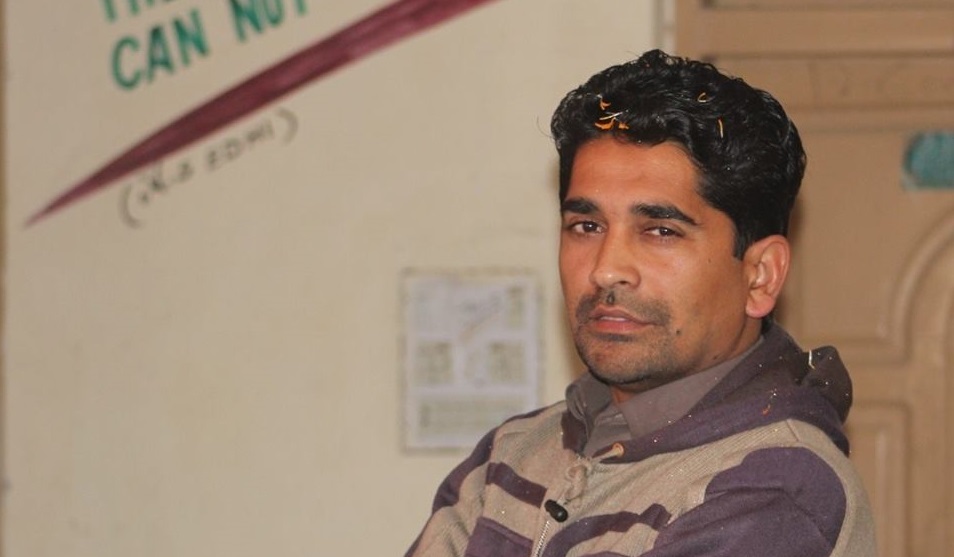 SHABQADAR, 22 January: A 12-grade student of a private college shot dead the principal of the college, police said here on Monday.

The student, Faheem, reportedly got enraged after being rebuked by the principal for not attending the college and instead participating in a sit-in organized by a religious group in Islamabad in November last against amendments in the Khatm-e-Nabuwat clauses.

A video, viral on social media website, Facebook, showed the killer is being blindfolded and handcuffed by FC and police personnel. It is not clear what was actually happened which forced the student to kill his principle, however, the boy is shown shouting that he fired six rounds at the principle and that he had no regret over his act.

While confessing his crime, the student can be heard telling that he had not other accomplice and he did that alone.

Police, while confirming the incident, said the principal, Sareer, died on the spot.

Later, the relatives of the deceased principal held a protest demonstration in Shabqadar bazaar against his murder. According to the relatives, Sareer was a hafiz-e-Quran and he used to lead prayers in his area’s mosque. They alleged that the police was trying to protect the killer.

District police officer of Charsadda, Zahoor Afridi said an inquiry had been initiated in the case to ascertain how did the student manage to carry weapon inside the college premises. He said stern action would taken against those found responsible.