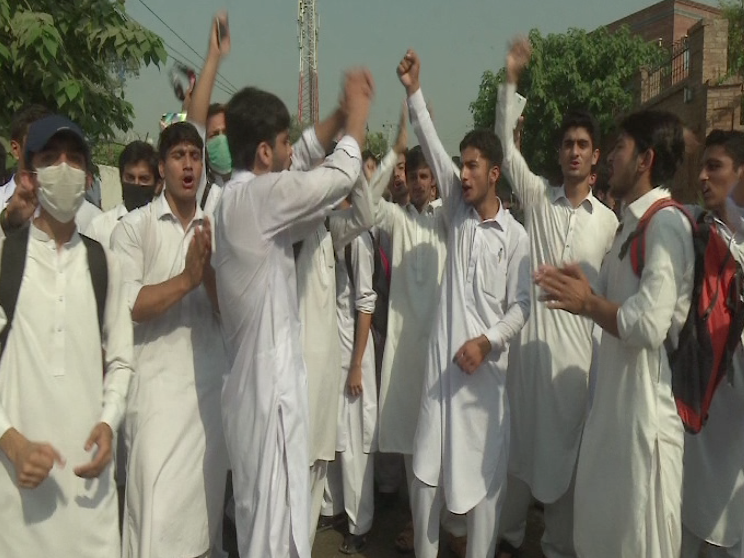 PESHAWAR, 17 October: Students of public sector colleges in Peshawar on Tuesday staged protest against teachers’ continuous boycott. The protesting students asked the government to sit with the teachers and resolve the issue.

The students of various colleges gathered outside Peshawar Press Club and staged a demonstration. They were holding banners inscribed with slogans against the government for failing to convince teachers end their boycott.

They said that the teachers were not taking classes since last several days due to which their courses would not be completed within time.

The protesting students criticized the government and said the so-called champions of educational emergency were playing with students’ futures.

They warned the teachers and government to sit and solve the issue or else they would extend their protest. Meanwhile, the protesting teachers have marched towards Bani Gala where they staged a protest outside Pakistan Tehreek-e-Insaf chief Imran Khan’s residence.

On the other hand, the provincial government has decided to take departmental action against the teachers protested in Bani Gala. The teachers demanded  upgradation of their services, release salaries of teaching assistants and their regularization.