The people of Kalash tribe often celebrate this festival in the middle of the year after harvesting wheat crop. During this festival, the people of the tribe prepare different dairy foods and distribute it among people and offer prayers.

A girl from Kalash tribe, Armeena said while talking to TNN that boys play drumbeats and women dance on it in groups. She said all people eat together during the festival, celebrate the occasion and perform prayers.

A British tourist said while talking to TNN that she is greatly impressed by the fascinating culture of Kalash tribe. She said the Kalash culture must be preserved and it must not be lost. She said people from across the world visit Kalash every year due to these unique festivals of Kalash tribe.

During Ochawo festival, the Kalash people collect flowers and visit families who have recently lost their loved ones. The Kalash people give flowers to bereaved families who later also join them in Ochawo celebrations. People of the area also dance during night-time during the festival. They prepare dairy foods and offer it to other people, including Muslims. 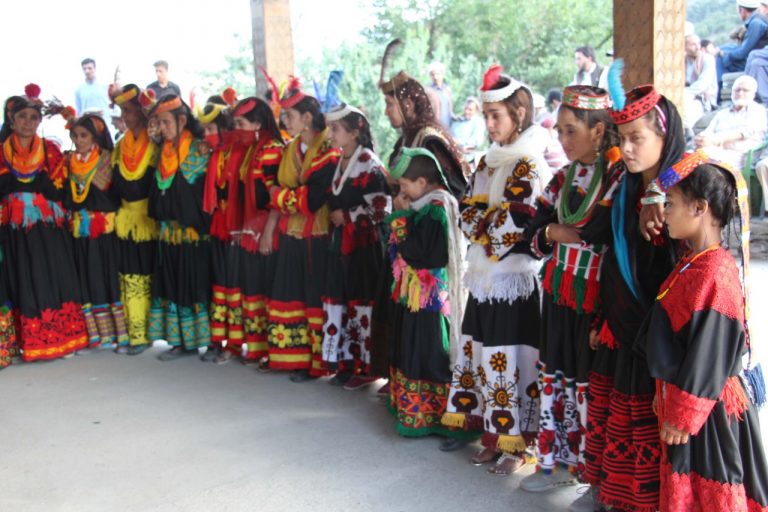 Local MPA Wazir Zada Kalash told TNN that the tribespeople thank the Almighty for blessings during the festival. He said the world, particularly India, must see how Pakistani people love the people of minority Kalash community and learn from it. She said the population of Kalash people is very small, but they enjoy full freedom for observing their religious festivals due to the cooperation and help of the Muslim population.

Chitral’s deputy commissioner, assistant commissioner and other administration officers also participated in the Ochawo festival. The officials were given the gifts of traditional cloaks which is considered a symbol of honour. A large number of national and foreign tourists visited Kalash valley to see the festival. But most of the tourists complained about poor condition of roads.