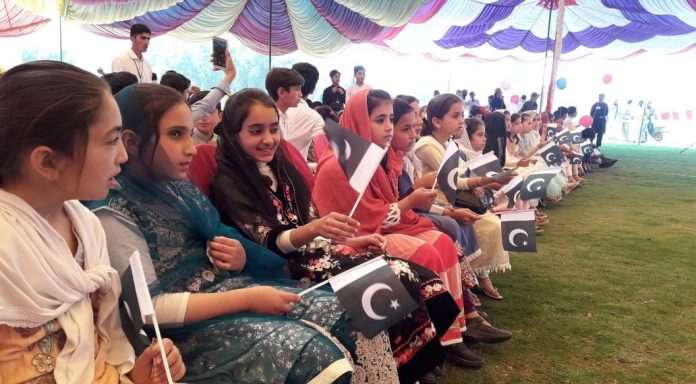 MIRANSHAH: For the first time in North Waziristan after restoration of peace, a colourful spring festival was organised in the tribal district on Monday.

On the occasion, skits were presented by the students and eminent singer Zek Afridi presented lovely songs which enthralled the audience. GOC Mumtaz Hussain awarded a shield to the Commissioner Bannu. 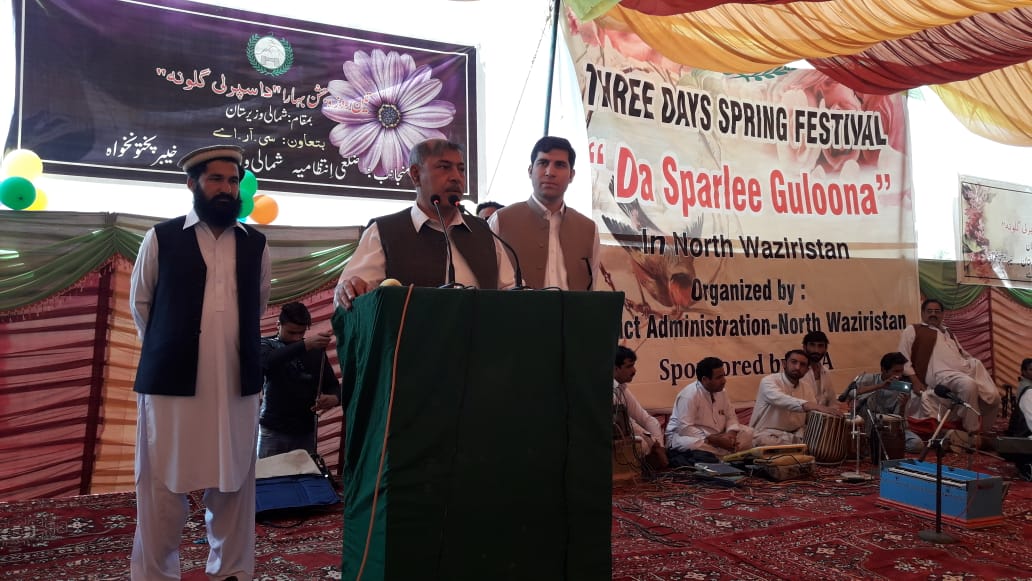 The GOC mixed up with the local people and also participated in the Bhangra (traditional local dance). Speaking on the occasion, Major General Mumtaz Hussain said the valiant people of North Waziristan offered matchless sacrifices for peace in the region and country. He said the people of North Waziristan are peace-loving which is quite evident to the world now. He praised the efforts and dedication of the local people to maintain peaceful environment and urged the need for continuing such efforts in order to ensure durable peace. 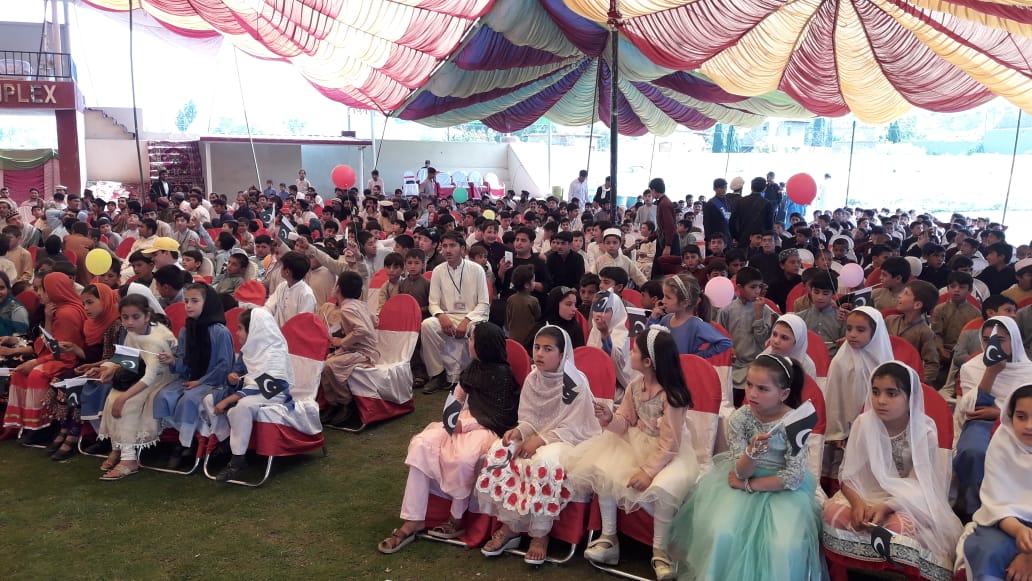 Manzoor Afridi in his speech said the spring festival programmes are being held at three sites. He said the next programme will be organised in Mir Ali today (Tuesday), while the concluding programme will be held in Razmak sub-division on 11 April.

Last week, the Youth of Waziristan, revived the old practice of ‘Wajeeray Guloono Nandoray’ in Waziristan after a period of 50 years.

Under the tradition, the youth and elders get together with the advent of spring season and collect flowers from mountains and then place these flowers in their caps, ears, pockets and turbans and march through different villages. They do so to celebrate the arrival of spring season.

The practice continues for several days during which the youth dance on drumbeats. The people of different villages arrange food and other facilities for the people celebrating the festival.

This practice had come to an end for the last 50 years. However, the Youth of Waziristan revived this cultural practice this year and it was a success as hundreds of youths participated in it.