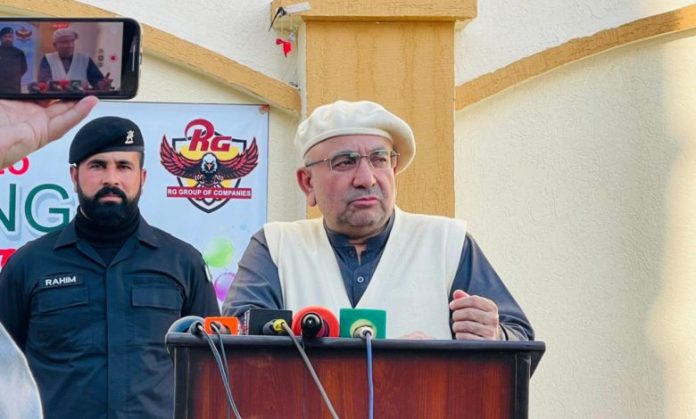 Addressing a function in at a local drug rehabilitation center, he said that government was taking strict action against drug dealers. Mr Islam said that recently courts have awarded life sentence to several local drug dealers.

He said that about 200 drug peddlers were also languishing in Swat jail currently in different cases.

Superintendent Swat jail Muhammad Ayub Bacha, head of the drug rehabilitation center and other notables also spoke at this occasion. Mr Bacha appreciated the efforts of the rehab center in drug free society.

He said that government stood with those raising voices against drug mafia. Mr Islam said that though government was taking steps to eliminate drugs; however, society should also have to play its role in eradication of drug abuse.

Citizen journalist Muhammad Zada was shot dead by two motorcyclists outside his residence, on the evening of November 8. Malakand administration has earlier this Monday claimed to arrest two accused linked with drug dealers for murdering the citizen journalist.