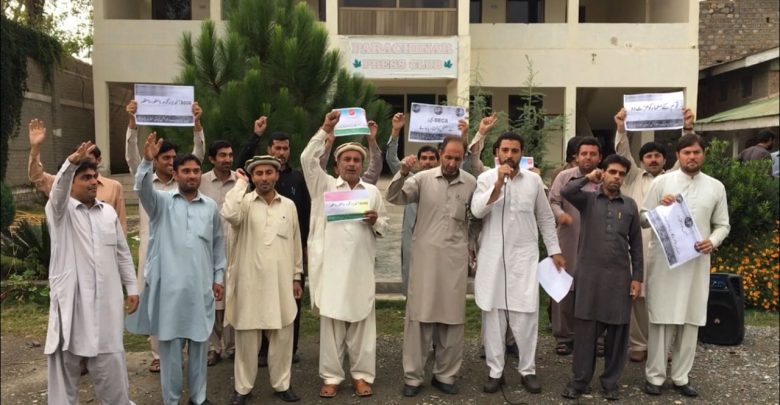 PARACHINAR: Teachers at community schools on Thursday asked the government to increase their salaries and regularize services or else they would join sit-in of protesting teachers in Islamabad.

The teachers also staged a protest outside Parachinar Press Club and demanded of the government to increase their salaries.

Addressing the protesters, teachers Muntazir Mehdi, Jamal Hussain and Musharraf Hussain said that they have been working for a meagre salaries of Rs8000 since several years.

They said that there were 116 teachers imparting education to students in 36 community schools throughout Kurram district and complained that they never received their salaries on time.

They reminded Prime Minister Imran Khan his promised he made to them during 2014 sit-in regarding services regularization and hike in salaries once he is voted to power.

The teachers added that if their demands were not met then they would join the female teachers who have been protesting in Islamabad.