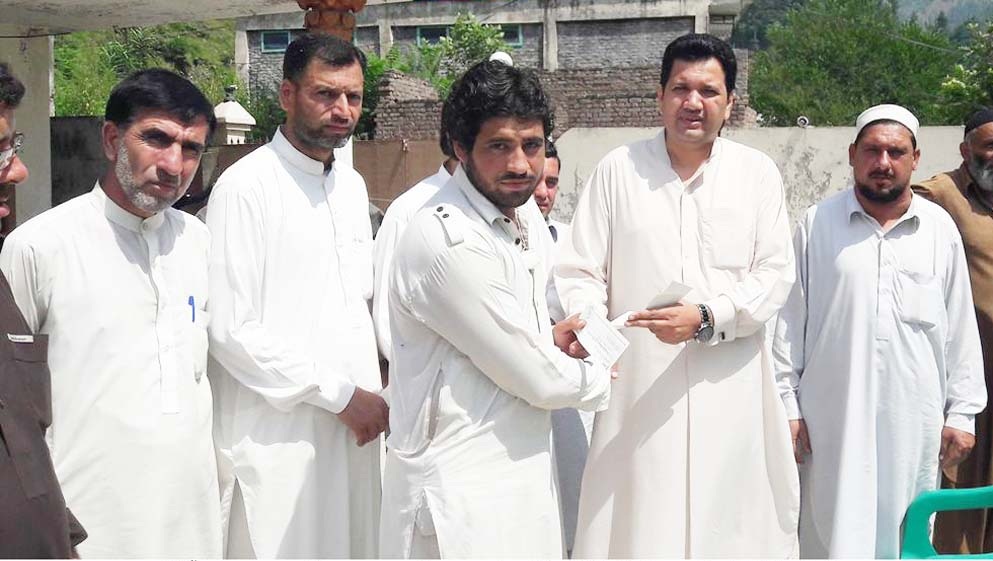 SHANGLA, 25 August: Member of National Assembly Dr. Ibadullah on Thursday here distributed Rs5million among the heirs of 13 laborers who died in a coalmine in Orakzai agency a few months ago. Besides, cheques of compensation amount were also distributed among 11 injured coalminers who survived in the blast.

The compensation amounts were given in a ceremony held here. Beside family members of the deceased coalminers and injured laborers, local elders of the area also participated in the ceremony.

Three hundred thousand rupees were given to the family members of the deceased coalminers while those injured in the incident were given Rs.100,000 each.