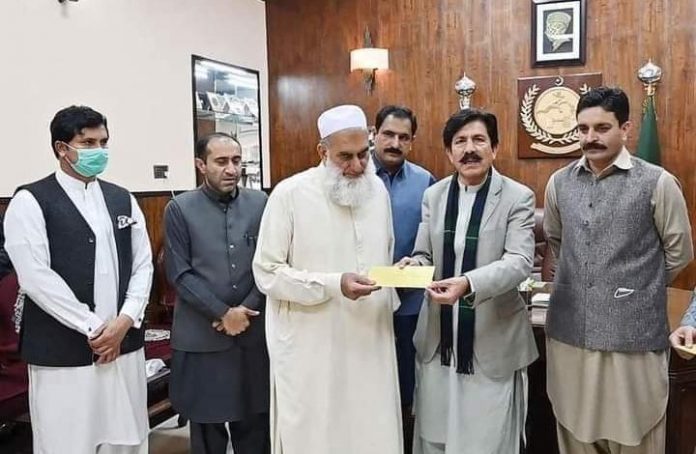 TNN correspondent reported that Commissioner Bannu Shaukat Ali Yousafzai provided cheques of Rs500,000 each to the relatives of the slain women aid workers.

District Police Officer (DPO) North Waziristan Shafiullah Gandapur said the Counter Terrorism Department (CTD) has filed a case about the murder of four women. He said a mastermind of the attack has been killed in an operation, while further investigations are underway. He said the investigation process is being carried out with a rapid pace and soon the law enforcement agencies would unfold the elements behind the attack.

On February 22, four women aid workers were killed, while their driver was injured in a firing incident in Mir Ali.

Armed men ambushed four women as they were travelling in a vehicle through a village. DPO Shafiullah Gandapur said one woman survived the assault. He said the aid workers were affiliated with a programme run by non-governmental organisation (NGO) Sabawon to develop household skills for women. The deceased women and injured driver hailed from Bannu. One of the women, Maryam Bibi, was lucky as she jumped out of the car before the incident occurred and took refuge inside a house in the village.

On the next day of the incident, the security forces killed a terrorist commander involved in killing of the aid workers.

According to ISPR, the security forces conducted an intelligence-based operation (IBO) in Mir Ali tehsil of North Waziristan upon confirmation of presence of terrorists. During exchange of fire, terrorist commander Hassan alias Sajna of Tehreek-e-Taliban Pakistan (TTP) Hafiz Gul Bahadur group was killed.

The military’s media wing said the terrorist commander was involved in killing of four female aid workers in Mir Ali. The killed terrorist was involved in terrorist activities against the security forces and civilians including improvised explosive device (IED) attacks, kidnapping for ransom, target killings, extortion. He was also involved in recruiting terrorists for sabotage activities.

The civil society, social activist and other people held protests in different areas of KP to condemn the killing of women in North Waziristan and demanded arrest of the culprits.