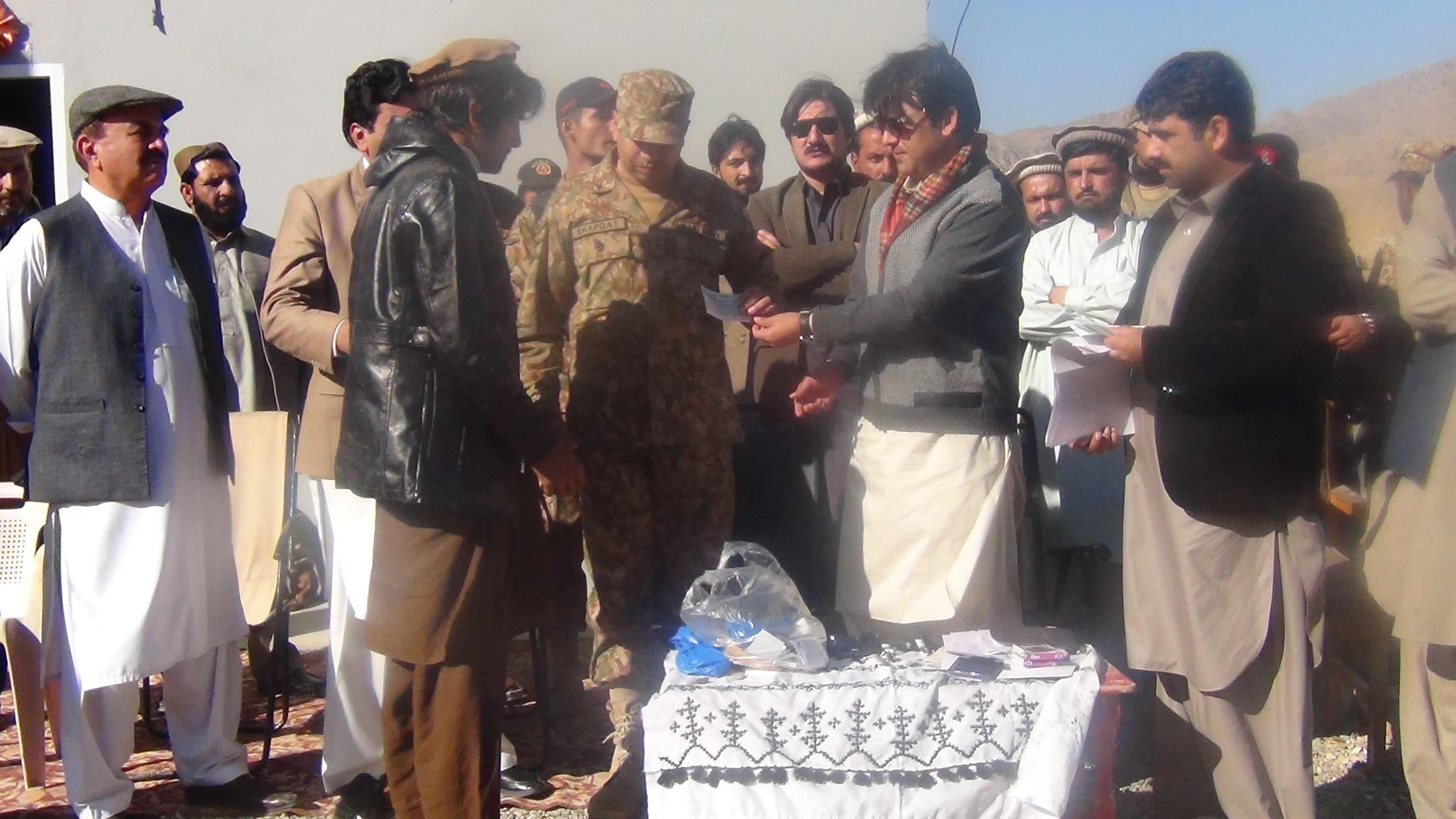 MIRANSHAH, 16 December: Compensation cheques of Rs81.6 million were distributed among people for repair of their damaged houses during military operations in Miranshah area of North Waziristan Agency on Thursday.

A ceremony in this regard was organised at Talha check post where the military and political officials distributed compensation cheques among people whose houses were damaged in operation Zarb-e-Azb.

The people who received compensation cheques expressed happiness over receiving the money. However, they called upon the government to increase the compensation amount as the existing aid was not sufficient for construction of their houses.

“I have eight sons but the government gave me compensation for construction of just one room. We are living under the open sky amid harsh weather circumstances. The government should increase compensation amount to reduce our difficulties,” Shera Jan, a local tribesman, told TNN.

“We have received compensation cheques but this amount is far less than the damage caused during the military operation,” another tribesman said.