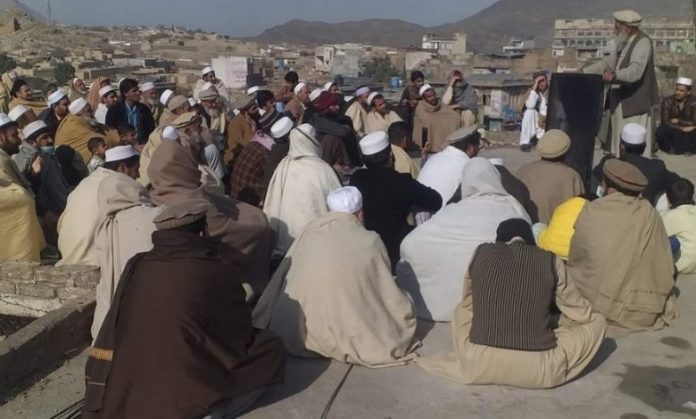 LANDIKOTAL: Naujawanan-e-Qabail, a social organisation of youth in Landikotal tehsil of Khyber tribal district, has announced to hold a sit-in today (Tuesday) for complete opening of Pak-Afghan Torkham border for all sorts of movement.

Decision to this effect was taken at a meeting of Naujawanan-e-Qabail presided over by its president Israr Shinwari on Monday. It was decided during the meeting that the local youth will stage a sit-in near Torkham border to pursue demand of complete opening of the border. Labourers, transporters, traders and other people will attend the sit-in. It was decided that the protest would continue till acceptance of demands.

Participants of the meeting noted that people crossing the Torkham border are facing a lot of difficulties due to increasing restrictions. They said the government must facilitate movement on both sides of the border to improve bilateral trade and people-to-people contacts.

The protest call came after the Government of Pakistan declared coronavirus test mandatory for the citizens of Pakistan and Afghanistan crossing the Torkham and Chaman borders owing to increasing number of corona cases during the second wave.

TNN correspondent reported that a formal notification in this regard has been issued by the district administration of Khyber tribal district. According to the notification, coronavirus test is mandatory for Pakistani or Afghan citizens who intend to cross the border. The border officials will make sure that the equipment for coronavirus test is available at the border for those intending to cross the border.

The notification said all the citizens crossing the border will have to undergo corona test. Only children below the age of 12 years are exempted from the tests.

Pakistan closed all the border crossings with Afghanistan in March 2020 due to the fears of spread of coronavirus. The borders were gradually reopened after four-month closure after successful talks between the two governments. However, some standard operating procedures (SOPs) were introduced and restrictions were made on the borders to keep out the virus threat.