PESHAWAR, 26 November: The Board of Intermediate and Secondary Education (BISE) Peshawar has formally introduced the Optical Marking Recognition (OMR) system for the matric and intermediate examinations.

According to a press release issued here on Saturday, OMR is a computer-based system through which the objective portion of the question papers will be checked.

The press release added that the system would be used for the first time to mark papers of this year’s supplementary examinations. It further said that paper marking in the all the future examinations of the board would be done through OMR.

The press release claimed that the newly introduced system is flawless, however, in case of any doubt, the papers of a student could be re-examined. 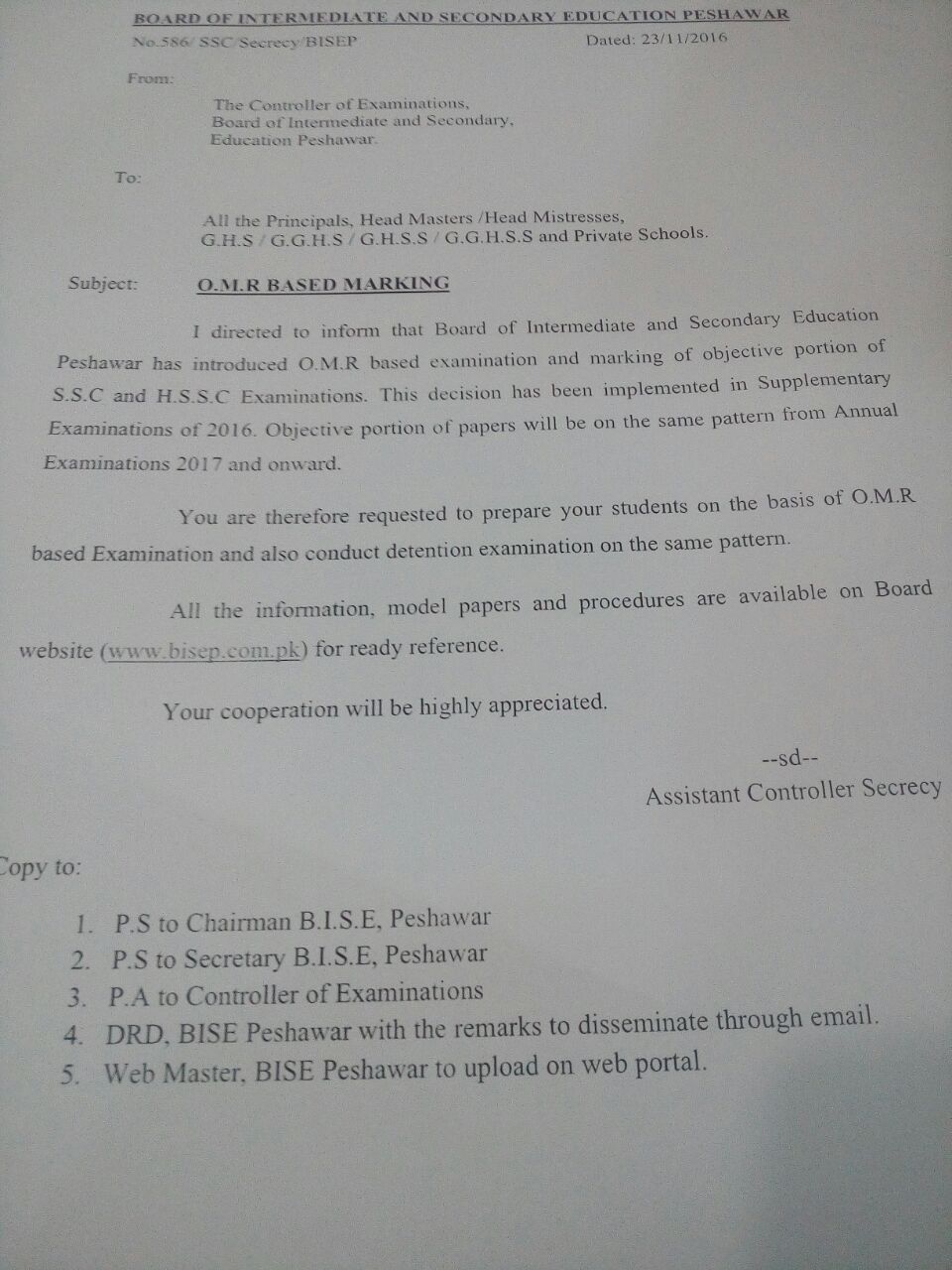 The BISE Peshawar has formally intimated all the government and private schools affiliated with it, the press release concluded.