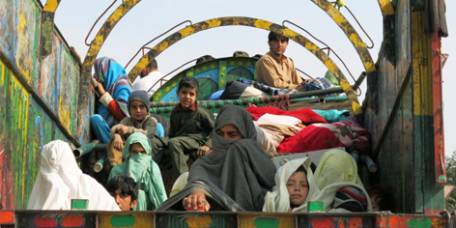 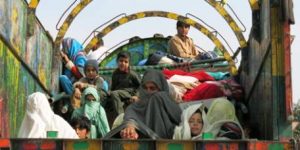 PESHAWAR, June 29: The All Parties Conference, convened by the Khyber Pakhtunkhwa government, has demanded increase in cash amount for internally displaced persons of North Waziristan.

Problems faced by IDPs were discussed in detail at the conference and a joint charter of demands was drafted. The participants said there was war and terrorism in Khyber Pakhtunkhwa and tribal areas for the last 10 to 12 years and the government must declare this region a hard area.

They said cash amount of 50,000 rupees per family must be provided to IDPs. They said separate places must be set up for livestock in war zones, registration units of IDPs be increased and government and non-government organisations must come forward to assist IDPs.

The conference also demanded establishment of relief camps in buildings, instead of tents in open areat. The All Parties Conference also declared the ban on IDPs’ entry to other provinces as illegal.