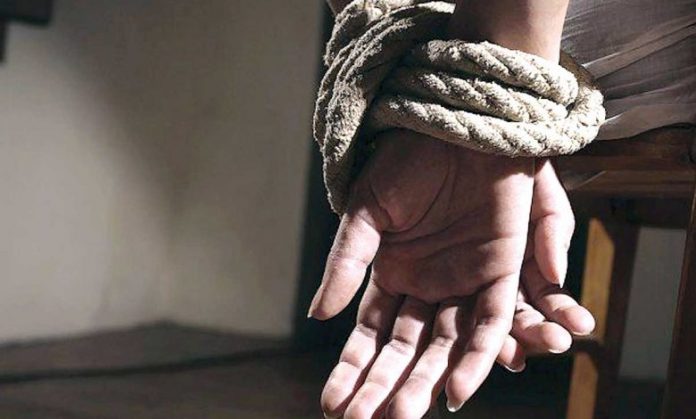 PESHAWAR: An Afghan refugee living in Swabi district of Khyber Pakhtunkhwa has alleged that armed men have kidnapped his 14-year-old sister at gunpoint.

Talking to TNN on Saturday, 32-year-old Habibur Rehman, who is an Afghan refugee, alleged that four armed men barged into his house at 1:00pm in Meena village of Swabi on Friday and kidnapped his 14-year-old sister at gunpoint. He further alleged that the armed men also tortured his ailing mother, wife, who is seven-month pregnant, and another sister who tried to rescue the girl. He said the kidnappers warned his sister, wife and mother of dire consequences if they dared to come in their way.

Habibur Rehman said it is a tradition in his family that they do not give their girls in marriage to anyone outside the family. He said his family has rejected several marriage proposals for his sister which came from outside, due to which he family is teased by such people in different ways. He said his family is also receiving threats on phone.

The Afghan refugee said his father has passed away and he works in Islamabad to make ends meet, which provided an easy opportunity to the culprits to kidnap his sister by violating the sanctity of his house. He said he immediately filed a case in Topi Police Station, but still police is clueless about his sister and kidnappers.

On the other hand, Topi Police said two of the accused have been arrested and search for other accused is continuing.

Swabi Police spokesman Liaquat Ali told TNN that the girl, Ayesha, and 32-year-old Imran liked each other and the girl has gone with him according to her own free will.

However, Habibur Rehman has rejected the version of police and alleged that the police were siding with the accused and protecting them.