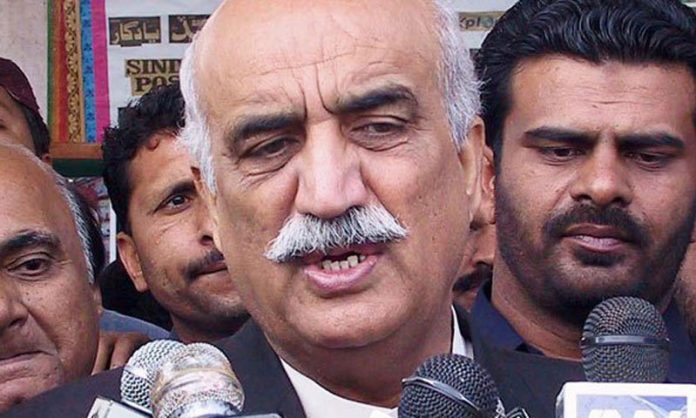 ISLAMABAD, 8 October: Leader of the Opposition Khurshid Shah on Sunday said that consensus has been reached to appoint Justice (retd) Javed Iqbal as chairman of the National Accountability Bureau.

Speaking to journalists in Rohri in Sukkur, the opposition leader said that Jamaat-i-Islami, Pakistan Tehreek-i-Insaf, and Muttahida Qaumi Movement recommended names but the name of Justice Iqbal has been agreed upon after consultation.

He said added that Justice Iqbal has a good reputation and had performed well as the head of the Abbottabad commission and hoped that the new chairman NAB would serve the country and root out corruption.

The four-year term of incumbent NAB chairman Qamar Zaman Chaudhry will end on Oct 10. The appointment of the chairman is made by the prime minister in consultation with the opposition leader for a period of four years.