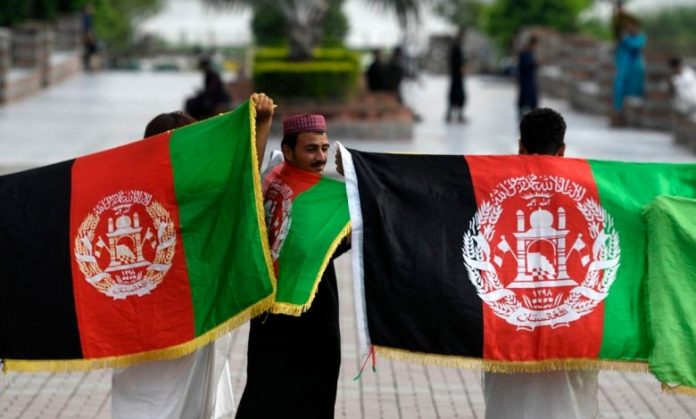 PESHAWAR: The Afghan refugees arrested on charges of chanting slogans against Pakistan can face deportation and up to 10 years imprisonment along with fine.

If the arrested Afghan nationals don’t posses travel documents, then they would be sent to Afghanistan after imprisonment and fine. Legal experts said the law enforcement agencies are empowered to register cases under Foreigners Act against foreign nationals not possessing travel documents.

On 9th of Muharram, Afghan refugees held a rally in Hayatabad, Peshawar, in connection with Afghanistan’s 102nd Youm-e-Istiqlal celebrations. However, some people in the rally with negative mindset started chanting slogans against Pakistan. The video of the sloganeering went viral on social media after which Peshawar Police came into action and arrested over a hundred people involved in this practice and registered cases against them. The arrested accused were produced in the court of Peshawar’s judicial magistrate who sent them on 14-day physical remand.

Sources in Peshawar’s Central Jail said a clash also occurred between Pakistani and Afghan prisoners over the issue after which the jail security has been increased.

The families of the arrested Afghan refugees have started efforts for release of their loved ones. They are consulting different lawyers, but legal experts say foreign nationals not possessing travel documents cannot get bail under Section 14 of Foreigners Act. After completion of sentence, the foreigners will be deported.

Islamic Lawyers Forum President Faqeerullah Awan Advocate said those foreign nationals who intentionally enter Pakistan without valid travel documents may face maximum 10 years imprisonment and Rs10,000 fine. He said foreign nationals, who unintentionally enter Pakistan without travel documents, may face three years imprisonment. However, he said, the Pakistan courts are very soft on Afghan nationals who are getting a lot of relief from courts on this issue.

Faqeerullah Awan said it is being observed that Pakistani courts show leniency to Afghan nationals keeping in view their refugee status and other difficulties. However, he said, Afghan refugees involved in crimes of serious nature get strict punishments under the Foreigners Act.

It will be premature to say these arrested Afghan refugees will get any concession, because the nature of the crime is serious one.