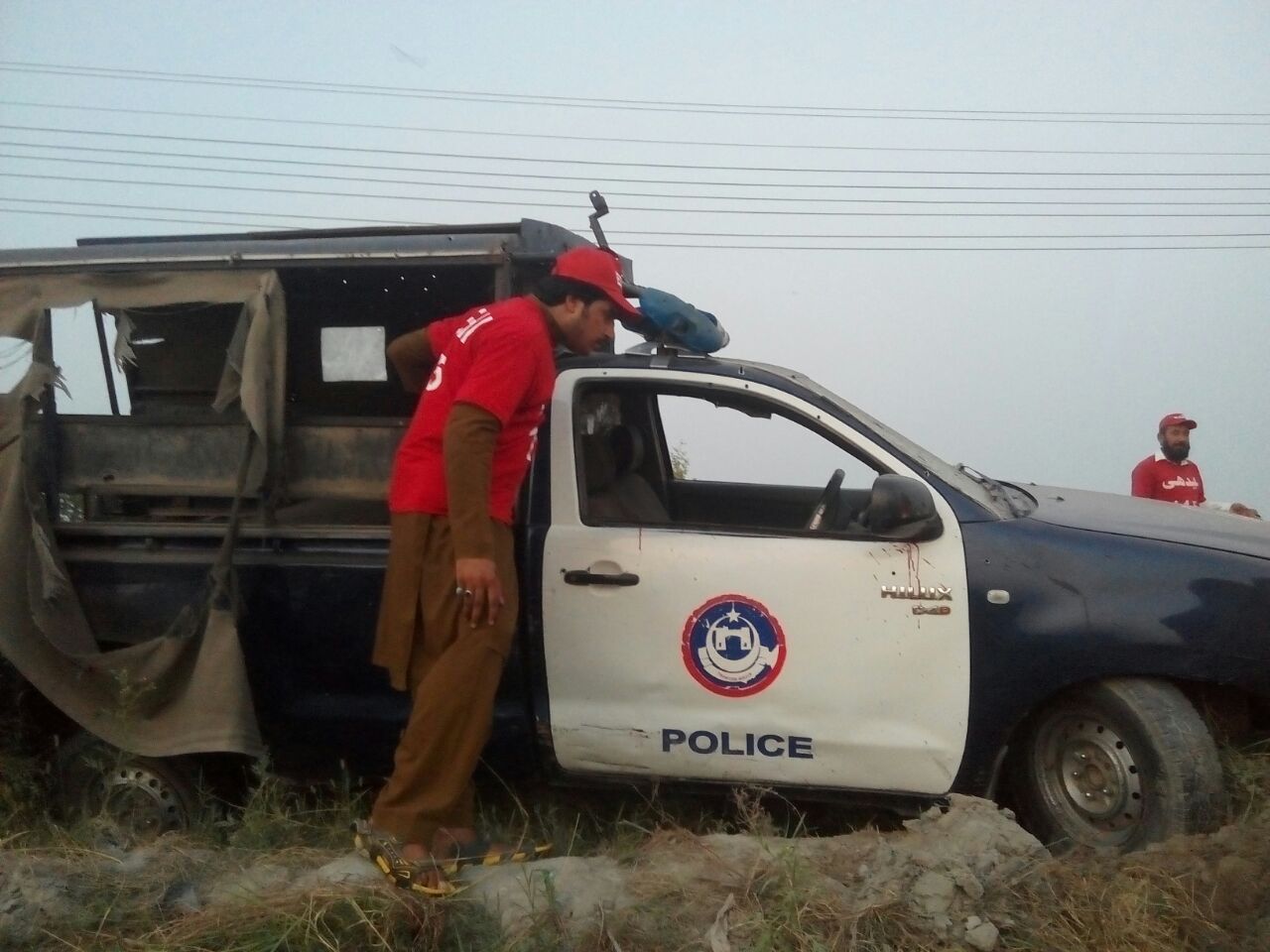 PESHAWAR, 04 September: A police constable was killed as a mobile van was hit by a roadside Improvised Explosive Device (IED) in Aslam Dheri area on the outskirts of the provincial metropolis on Sunday evening, police said.

Police said the mobile van was on routine patrol in Aslam Dheri area when it was hit by the IED. Driver of the mobile van Naveed Jan died in the blast, police added.

A spokesman of the Lady Reading Hospital (LRH) said father of the deceased constable Naveed Jan also suffered a heart attack while he was coming to the hospital to collect his son’s dead body.

The spokesman added that Naveed Jan’s father was under treatment at the Intensive Care Unit of the Emergency department.