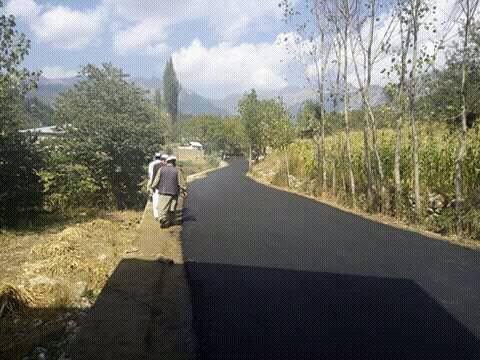 UPPER DIR, 12 October: Construction work on a road in Shengara Darra resumed after a break of one and a half year after the issue was raised by Radio Tribal News Network.

Radio TNN has run a news on its website few weeks ago highlighting the problems faced by the residents using the road and brought it in knowledge of concerned authority as well as elected representatives.

Minister for Local Government Inayatullah had approved Rs50 millions for the road two years ago and wark was launched. After two months, concerned contractor stopped work on the road owing to non-issuance of funds.

Officials of the Gul Construction Company said that they have resumed work after funds were released that would be completed soon. Local residents expressed their happiness and thanked Radio TNN for highlighting the issue.

“We thank Radio TNN for highlighting problems we have been facing due to non-construction of road,” said Javed Iqbal and Wali Jan, local residents.