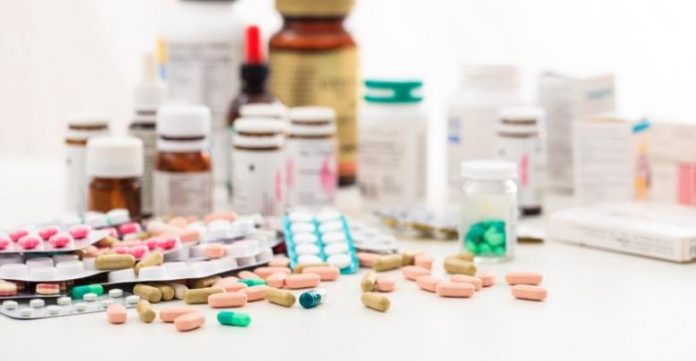 PESHAWAR: Consumers have complained of rapidly rising drug prices in the market after the Drug Regulatory Authority of Pakistan (DRAP) has notified 15% increase in the price of medicines across the country with the approval of the federal government.

The price of some life-saving drugs has skyrocketed, meaning patients would not be able to fill the doctor’s prescriptions. The pharmacists have attributed the recent price hike to the Rupee Devaluation as compared to American Dollar.

After DRAPs notification of 15 % price hike, it was reported that it would impact the rate of some 24,000 medicines, including the life-savings drugs such as medicines for heart ailments, brain diseases, cancer, children’s diseases and post-surgical drugs etc.

The Drug Regulatory Authority of Pakistan (DRAP) has notified the increase of up to 15% in the price of medicines across the country with the approval of the federal government in January after the depreciation of Pakistan rupee against the dollar. In a statement issued by the authority notified a 9% increase in the retail price of life-saving drugs and 15% in the retail price of other medicines.

Irfan Ullah, a medical store owner told the TNN that there has been an enormous increase in medicines prices. Citing the example of a common medicine used by blood pressure patients, he said that its price has increased from Rs45 to Rs 90 since the DRAP has notified the new medicines prices. Irfan further added that another tablet ‘Duphaston’ which is used for a variety of indications, including threatened or recurrent miscarriage during pregnancy, its prices have increased from Rs 1000 to Rs 1400 in the market.

Irfan added that the buyers are usually in the arguments with store owners as the medicine they would get for Rs 500 is now available at Rs 800.

Inam Zaib, a pharmacist, who works in a medicine company said the TNN that the increase in medicine prices is due to the depreciation of Pakistani Rupee as compared to the dollar. He informed that the pharmaceutical companies have to purchase medicines from abroad in American dollars. Thus with the devaluation of Rupee, the prices of medicine also increase in the local market.

He added that though the DRAP has stipulated the rates, however, in the open market, the authorities are so sluggish to control the retailers neither the health ministry keeps a check on the pharmaceutical companies.