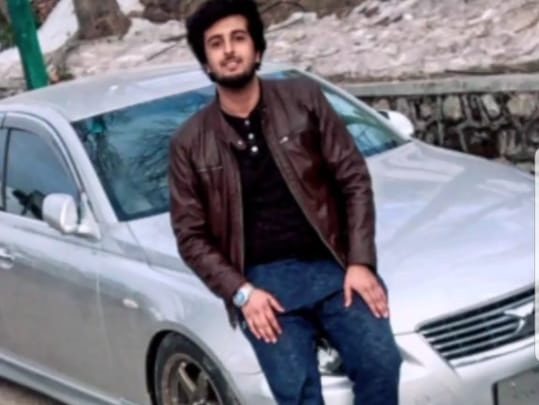 PESHAWAR: The death of a student from burn injuries in Rehman Medical Institute (RMI) Peshawar has been shrouded in mystery as the hospital administration said he also contracted coronavirus, but his test from another laboratory came back as negative.

After report of the RMI, the funeral of the young man was also held under the protocol set for coronavirus patients and his last rituals could not be performed normally. However, a another laboratory declared the test of 22-year-old Asim Riaz as clear three days after his death, but the RMI has rejected that results. The parents of Asim Riaz have now decided to sue the hospital.

Asim Riaz, who was a law student in Malakand University, was brought to RMI after he sustained serious burn injuries due to gas leakage at his home in Dheri Jolagram, Malakand, one month ago.

Asim’s cousin Azlan Aslam told TNN that Asim was shifted to intensive care unit (ICU) five days before his death and the family was also told that he has also contracted coronavirus. He said his family members clearly told the hospital that no member of the family had ever met any coronavirus patient and Asim might have contracted the virus from the hospital staff. Azlan said Asim’s family demanded the whole hospital to be declared quarantine and tests of the whole staff be conducted, but that demand was ignored.

Azlan said that after Asim’s death, the family contacted the deputy commissioner and asked him whether he has been informed about any new death from coronavirus from RMI, to which he replied in the negative. He said the district administration was informed very late, while under the standard procedure, it was to be informed as soon as the case was detected. He said he persuaded the deputy commissioner for fresh test of the deceased which was taken despite stiff opposition by the RMI.

Meanwhile, the body of Asim was taken to his ancestral village under strict protocol by the Health Department officials and only few people were allowed to attend the funeral and burial. He said the municipal officials used to come for disinfectant spray in the village for few days. He said the village people used to gather to witness the spray, but no one used to come for Fateha.

The RMI administration has explained that it conducts tests under the WHO standards and it happens very rarely that its tests show some error. It insisted that the tests of Asim were authentic.

The hospital spokesman Dr Sajjad said it is important that the tests are taken by professional doctors under set standards. Despite the hospital’s explanation, the family of Asim is not satisfied and it has decided to file a case in the Peshawar High Court over the issue.