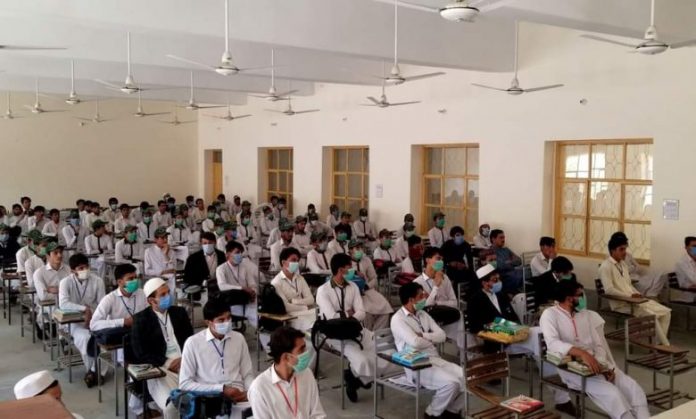 KHAR: Tribal Youth Movement organised a seminar to create awareness among the youth about menace of narcotics in Bajaur tribal district on Sunday.

Misbahuddin Utmani said getting rid of the menace of narcotics is not the responsibility of an individual or an organisation, rather it is a collective responsibility. He said timely action is needed to control the situation before it is too late.

Local elder Maulana Khanzeb, Engineer Khaista Muhammad and other speakers said while addressing the seminar that students must remain vigilant and keep an eye on their surrounding environment. They said the activities of drug pushers must be immediately reported to the law enforcing agencies.

The tribal elders said it is the responsibility of parents and teachers to keep watch on children and keep checking their company. They said those already involved in the menace of crystal meth and other narcotics must not be subjected to hatred, and they must be helped to get treatment to get rid of the menace.

Participants of the seminar also passed a resolution demanding inclusion of chapters on awareness about narcotics in school curriculum books. The resolution demanded establishment of rehabilitation centres for drug addicts and financial assistance with addicts for their treatment, so that they could get rid of the menace and again become useful citizens of the country.

The participants also demanded strict action against drug pushers. They said the law about ban on sale and purchase of drugs near the educational institutions must be implemented in letter and spirit. They said laws are available about narcotics control, and there is need to implement these laws. They said the youth should indulge in healthy academic and sports activities which will keep them away from bad company.

At the end of the seminar, shields and awards were distributed among participants.