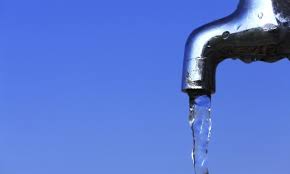 PESHAWAR: Water supply schemes and tube wells were also damaged like other government properties during militancy and military operations.

Many tube wells were also non-operational due to lack of electricity. People were facing difficulties due to non-availability of clean drinking water. One such tube well is situated in Alamgoodar area of Bara tehsil in Khyber tribal district which was not damaged, but its power transformer went missing due to which it was closed for a long period.

Abdul Salam Afridi, a local resident, said the government has converted the tube well to solar-powered system and it is supplying water to about 200 villages. He said the people of these villages had to bring water from far off areas in their hands or on their donkeys.

Abdul Salam Afridi said while talking to TNN that when his family returned to Alamgoodar after displacement, all the tube wells were non-functional as electricity system was damaged during militancy and military operations.

Population of Alamgoodar includes 200 villages and a high school for girls. “People of the area were facing difficulties due to lack of clean drinking water facility. People used to bring water from far off areas on hand carts, but still the water available was far less than needed,” he said.

Abdul Salam said the government conducted a survey in Alamgoodar and converted the tube well to solar-powered system. “A huge water tank was built on it and connections were given to homes for water supply which resolved the problem to a great extent,” he said.

“Power supply was available for only one hour in day-time when we returned to our area. Tube well often remained non-functional and it was hardly providing water to 25 percent homes in the area,” he said.

Abdul Salam said his home is situated at a long distance from the tube well. He said the homes situated near the tube well used to get water when power supply was available for one hour, but his home along with other far situated homes could not get water within one hour.

“After solarisation, tube well remains operational from 9:00am till 4:00pm. All the homes are getting clean water from the tube well now,” he said.

“Tube wells were damaged and some tube wells went dry. Solarisation is an important project not only in Alamgoodar and Khyber district, but the whole tribal region. Alamgoodar gets electricity for four hours a day, while there are some areas in merged districts where power supply remains disconnected for several weeks,” he said.