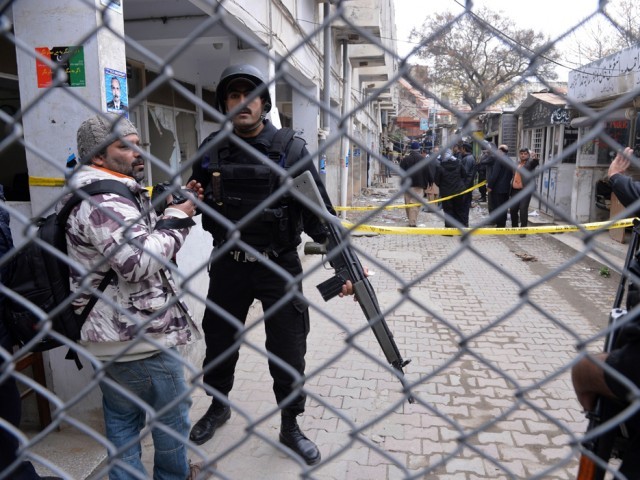 PESHAWAR, 25 June: A police constable has been shot dead inside the premises of Peshawar District Courts by rival group members over a property dispute.

Police said the constable, Hashmat visited the court in plain clothes to record his evidence in a property case. The rival group members opened fire on the cop leaving him dead on the spot, and two other persons injured. The assailants escaped from the scene after the incident.

Meanwhile, a cop of the Counter Terrorism Department was shot dead by unknown assailants in the morning.