PESHAWAR: Mahnoor Laila, 27, is a clinical psychologist who is playing a vital role in handling women mental health issues during the coronavirus pandemic.

The pandemic and resulting lockdowns and economic difficulties have given rise to more cases of depression around the world. According to Mahnoor, every third person is having some kind of mental health issues, but during the pandemic the situation has worsened further.

“If you are not having good mental health than it directly affects your physical health. It may created problem of high blood pressure or some other related issues,” says Mahnoor.

Mahnoor has completed her Masters in 2014 and now she has started practical work. This hasn’t stopped her from going for a PhD. She says she is more busy than usual during the pandemic. 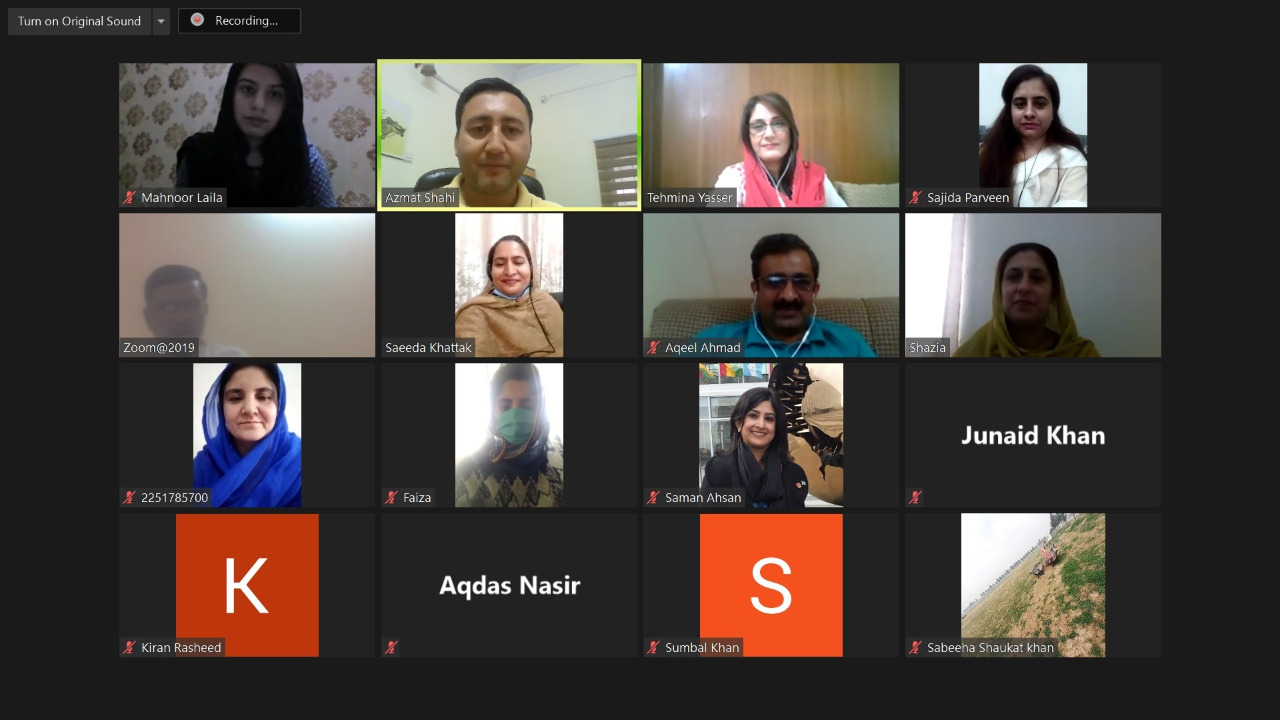 “During the pandemic, I have more clients and I am continuously taking online sessions with my patients ,” she says.

She added that she has experienced her patients to be more responsive than earlier. Majority of her clients are female. “Many of them are unable to take counselling as they are living in areas where there are no internet signals. Many such issues are being observed in merged tribal districts,” says Mahnoor.

At first, she said, it was difficult for her and her patients to take sessions online, but now with passage of time it is become more affective.

“My online sessions still need more improvement as it involves different kinds of therapy which cannot be performed properly online,” she says.

Mahnoor says women are already facing the deadly impact of lockdown. She says the risk of violence is also increasing as some of them are trapped with abusive partner.

“As community leaders, as mothers, wives, sisters and daughters in family settings and professional women, they shape the value of community members. They are potential bearers of peaceful messages in the community as they are naturally peaceful and even don’t talk loudly before male members,” Mahnoor notes. 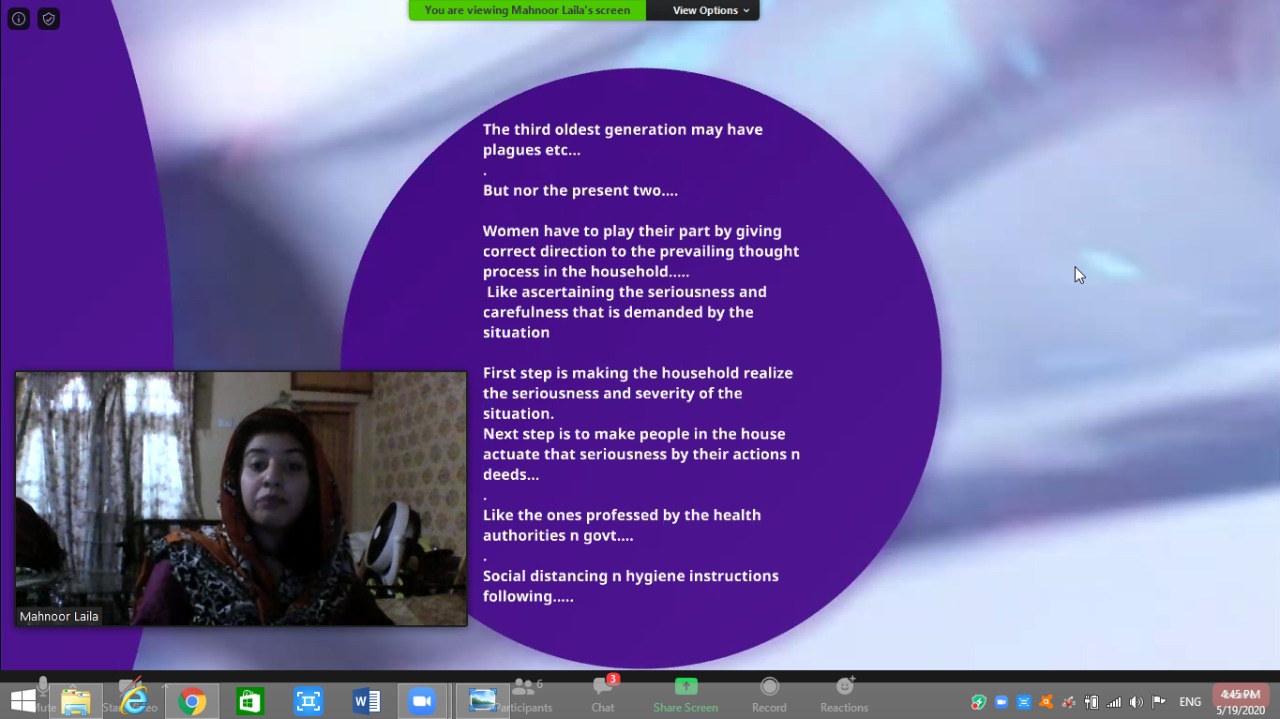 She says women are using their talent in peace-building like beauticians and started their work in their settings and some of them are providing services at people’s doorsteps. She says women are also supporting children to continue their education and to teach them how to keep their hands sanitised and use their elbows for coughing and sneezing.

“Women also work with communities and traditional and religious leaders to adapt traditional practices to avoid transmission of COVID-19,” she says.

Mahnoor says psychologists and female social workers are providing safe care ration distribution as well as access to psychosocial support to the people who are living in refugees and displacement camps.

“Women at home are like guards. They have central role in shaping view, opinion, thoughts and perception of all family members,” she says.

Beside her continues effort of taking online sessions with female patients, Mahnoor is running awareness sessions, webinars and workshops regarding mental health.

Mahnoor says she has included in her online awareness sessions female teachers, doctors, nurses and housewives too as they can further spread this awareness to other girls and in their circles.

She is teaching some basic SOPs which can make feel women better during the pandemic like involving them in physical activities.