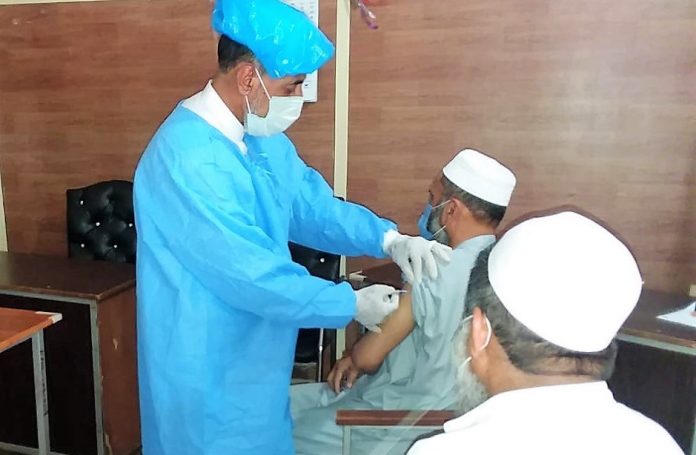 NOWSHERA: A large number of Afghan refugees came to Pakistan after Soviet invasion of Afghanistan. With the cooperation of the UN refugee agency (UNHCR) special camps were established for Afghan refugees in Kacha Garhi area of Peshawar and Azakhel and Akora Khattak in Nowshera.

Atta Muhammad, a teacher at a school for refugee children at the camp, told TNN that awareness campaign was launched immediately in the camp during the first wave of the pandemic and people restricted their activities and stopped going outside unnecessarily. He said although some people contracted coronavirus infection in the camp, but no one died.

Atta Muhammad said some non-governmental organisations also provided facemasks, sanitizers and soaps to refugees in the camp. Banners were also displayed in the streets with messages for adopting precautionary measures. He said the awareness campaign paid dividends, but there were no treatment facilities for corona patients at the local basic health unit (BHU), so the patients had to go to Nowshera or Peshawar hospitals for treatment.

Atta Muhammad said corona vaccination has also been started at the Akora Khattak BHU and a large number of people are getting vaccinated. He said only those refugees who possess proof of registration (PoR) cards are given vaccination. He said the government must take steps for vaccination of unregistered refugees as well.

Gul Muhammad, 60, said he also went to Nowshera for treatment of coronavirus and recovered well although he bore treatment expenses.

Bilal Ahmed, in-charge of Akora Khattak BHU for corona-related matters, told TNN that a campaign was carried out through a mobile van in the refugees camp during first wave of the pandemic, and later on soaps, sanitizers and facemasks were distributed. He said mobile vaccination will also be initiated for refugees soon.

Bilal said the issue of corona vaccination for unregistered refugees is being discussed with higher authorities. He hoped that the authorities will devise a strategy in this regard soon.