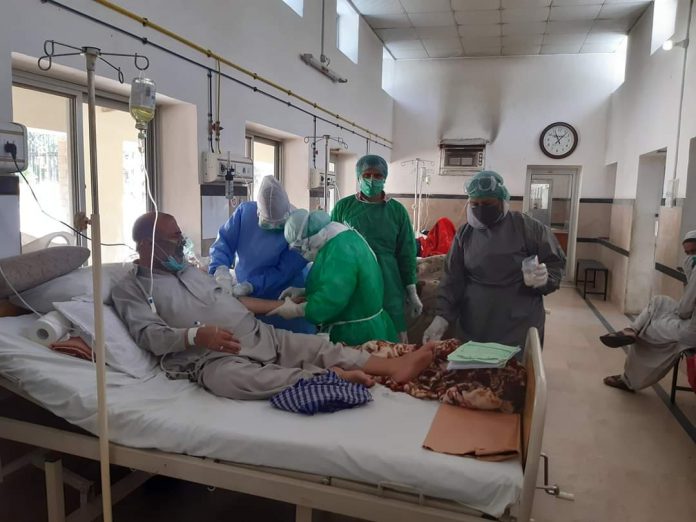 PESHAWAR: As many as 3,232 new corona cases were reported in Pakistan during the last 24 hours after which the national tally of infections reached 68,223.

According to the latest data released by the National Command and Operation Centre (NCOC), 3,754 more corona patients recovered and 74 died during the last 24 hours. Out of deceased patients, 63 were under treatment in hospitals, 36 of them were on ventilators, and 11 out of the hospital in their respective quarantines or homes. Most of the deaths occurred in Punjab followed by Khyber Pakhtunkhwa.

As many as 4,443 corona patients are under treatment in critical care among 67 admitted during past 24 hours in various Covid dedicated healthcare facilities. The national Covid positivity ratio during past 24 hours was recorded 7.82 percent, a significant decline from the peak which was witnessed before Eid.

About 19,617 deaths were recorded in the country since the eruption of the contagion. A total of 12,480,767 corona tests have been conducted so far, while 639 hospitals are equipped with corona treatment facilities. Some 4,886 corona patients are admitted in hospitals across the country.