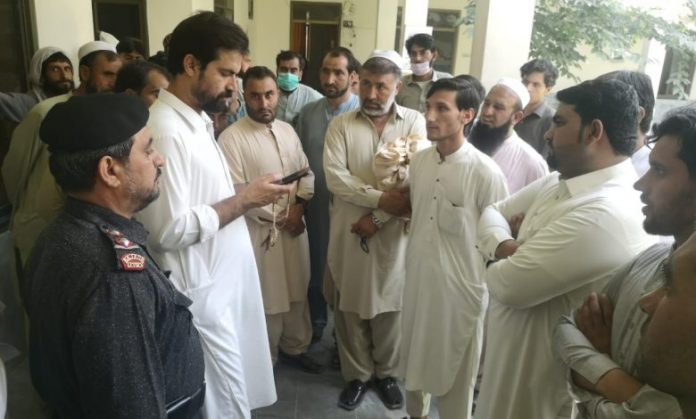 KHAR: Coronavirus vaccination campaign is continuing throughout Khyber Pakhtunkhwa with full swing, but shortage of vaccine is reported from some areas, while it is not available at all in Bajaur tribal district, where besides general public, the overseas Pakistanis on vacations are also deprived of inoculation.

A local resident, Muhammad Ismail, said while talking to TNN that according to latest directions by the National Command and Operation Centre (NCOC), corona vaccination is being administered to every citizen above the age of 18 years throughout Pakistan, but the situation is different in Bajaur. He said he contacted the Bajaur Hospital administration for vaccination, but it said no such permission has been granted by the government.

Muhammad Ismail said corona vaccination is provided to citizens in Islamabad, Peshawar, Timergara and other parts of KP by showing CNIC or passport, but the hospitals in Bajaur are not entertaining the citizens. He said the hospital administration and elected representatives from Bajaur must find a solution to this problem. He said there are thousands of overseas Pakistanis who are currently in Bajaur and they are trying to get themselves vaccinated, but the district health officer of Bajaur says they don’t have any stock of vaccine.

Last week, the local authorities had set up three special corona vaccination centres in Bajaur for inoculating the district administration’s officials and police personnel and it was stated that the officials avoiding vaccination will face action.

The centres were set up in the offices of the deputy commissioner, district police officer (DPO) and the police lines in the Civil Colony Khar. All the officials of the district administration, DPO office and police personnel were asked to get vaccinated against corona as soon possible.